Following a study revealing that renewable energy, particularly solar, is dominating rural Tanzania, there are now plans to open a training centre.

The director of the Innovative Technology and Energy Centre (ITEC), Dr Herb Rhee, has announced plans to open a training centre for renewable energy technology in Arusha, Tanzania.

According to local media, Tanzania Standard, Dr Rhee said the renewable energy technology centre will open doors in August this year, and will have the capacity to train 1,000 students per year.

According to media, Dr Rhee stated that they are also planning to construct power transmission grids for use of solar power in rural areas.

“The centre, aimed at energy development, will be situated at the Nelson Mandela African Institute of Science and Technology in Arusha. Also, we have opened two centres but at small-scale at Karatu and Dodoma,” he said.

Media quoted him saying that they have already trained 300 students from various secondary schools and 200 primary and secondary school teachers in Arusha on Information and Communication Technology (ICT), to increase energy and power experts in rural areas.

Also commenting on the development was the founder and chief executive officer for E3 Empower, Ji-Young Rhee, who said they will use their technology in improving various sectors including health, entrepreneurship and education by reaching rural areas through ICT.

“Through our project, we will be able to supply electricity to rural areas,” Rhee stated.

Last month, the National Bureau of Statistics and the Rural Energy Agency issued the Energy Access Situation Report, 2016 Tanzania Mainland, which indicated that solar power in rural areas is leading by nearly 65% with only 34.5% of grid-connected power. 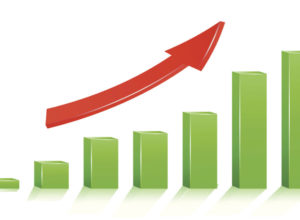