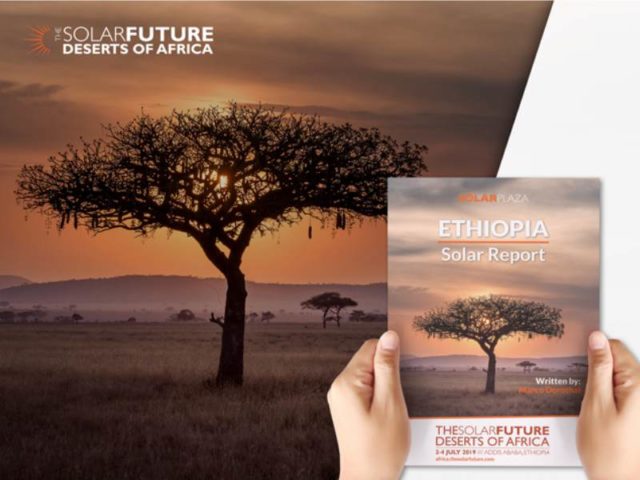 The deserts of Africa boasts some of the world’s highest solar irradiation levels and offer ample availability of land. With a dispersed, but rapidly growing population, desert countries will need to tap into a combination of solar solutions like utility-scale power plants, mini-grids, and off-grid applications to create impact in regions that are disproportionately affected by climate change. Fully realising the true solar potential of the deserts of Africa, will require a vast effort, one that will need to align visionary governments, courageous development finance institutions, pioneering investors and experienced developers. One of the countries in that region that has been making significant efforts to bring its solar energy situation to the next level is Ethiopia.

The development of Ethiopia’s renewable energy sector has been one of the leading new drivers of economic growth in the country. Its ample resources and ambitious electrification targets, together with its relatively high-level of industrialization (compared to other African nations), make it a prime location for investors in renewables. The country’s massive industrial complexes and agricultural farms create a big opportunity for commercial & industrial solar systems. The government of Ethiopia considers private investment in its renewable energy sector as critical to the success of its ambitious Growth and Transformation Plan II. This has encouraged foreign direct investments and is also especially directed towards the development of the country’s young solar photovoltaic (PV) energy sector.

In the run-up to Solarplaza’s The Solar Future: Deserts of Africa conference on 2-4 July 2019 in Addis Ababa, Ethiopia, Solarplaza published the Ethiopia Solar Report to provide a comprehensive overview of the solar energy market in Ethiopia, along with key insights into its regulatory framework and photovoltaic (PV) solar industry segments. The report also takes a deep dive into the main factors that are affecting Ethiopia’s solar energy sector by looking at the state-led solar initiatives and announced PV projects.