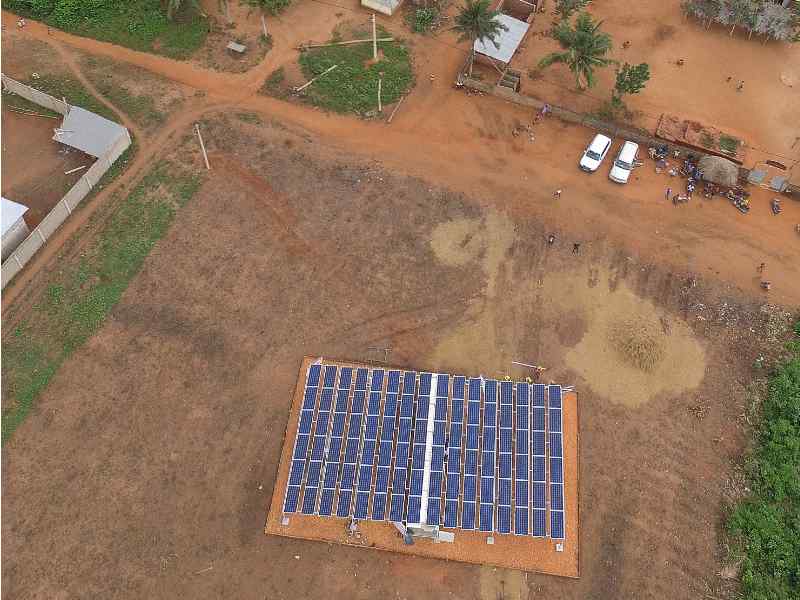 Off-grid utilities provider Winch Energy has completed the funding for solar minigrid projects in 49 villages across Uganda and Sierra Leone through the creation of a new platform, Winch Energy IPP Holdings Limited (WIPP).

According to a press release, the deal represents the largest minigrid financing portfolio to date, bringing together several major players in the off-grid space. It was finalised on 29 January 2021. Winch Energy is owned by Total Eren, Itochu Corporation, Al Gihaz Holdings and Winch Partners.

The investment comes from Winch Energy Limited in partnership with NEoT Offgrid Africa – a platform established by Meridiam, EDF and Mitsubishi Corporation. NEoT Offgrid Africa supports and accelerates Africa’s energy transition and has already invested more than €30 million ($36 million) in the electrification of 25,000 homes and businesses in Ivory Coast and Nigeria.

Nicholas Wrigley, CEO of Winch Energy Limited: “We are thrilled to have achieved the funding for our projects in Sierra Leone and Uganda through the creation of this new platform, Winch Energy IPP Holdings, with our partners NEoT Africa. This platform will enable us to rapidly scale up operations in Africa. Not only does this deal pave the future for Winch Energy as a leader in large-scale off-grid renewables, it also stimulates economic growth and improves education and healthcare provision in remote communities.”

Frédéric Pfister, Director of NEoT Offgrid Africa (NOA): “NEoT Off Grid Africa is really proud to have set up this first of a kind financing scheme, together with its financial partners and industrial key players as Winch Energy and Sagemcom. Financing needs for energy access in Africa are huge, but most of the times very challenging for private investors. This deal will surely position NOA as a key player for financing minigrids and other off grid solutions – such as solar home systems (SHS) and commercial & industry installations – to provide much more energy access for people and industries in Africa.”

Have you read?
Connecting Sierra Leone through solar mini-grids

SunFunder is also providing an additional $2 million construction loan to the project. The partnership is in advanced discussions with two international development finance institutions to bring debt into the project, which has been agreed in principle.

Subsidies are provided by the Foreign, Commonwealth & Development Office (FCDO, formerly DFID) for the projects in Sierra Leone and by the German Development Ministry (BMZ) and European Union in support of the Ugandan projects. The project development is also supported by GIZ in Uganda and the United Nations Office for Project Services (UNOPS) in Sierra Leone.

The minigrids will be built with Winch Energy’s own proprietary technology, the Remote Power Unit (RPU), and are expected to be operational within the next 12 months, providing remote communities with affordable, clean energy and access to essential services.

“This first $16 million award-winning project will have a capacity of connecting more than 6,500 customers. The sites, located in the Lamwo district of Uganda and in Tonkolili, Koinadugu and Bombali districts of Sierra Leone will supply clean energy to over 60,000 people for the first time,” reads part of the press release.

A further 6,000 portable batteries will also be installed through the project to provide people outside of the minigrid catchment area with clean electricity. In addition to energy access, the project will also provide internet to the communities through partnerships with telecom operators in both countries. The developments will open up a pipeline of additional projects in both countries, further securing Winch Energy’s position in the off-grid market.

Together, the Winch Energy and NEoT investment vehicle, Winch IPP Holdings Limited, expects to expand operations into more countries, with ambitions to reach some $100 million of operating projects in the next 24 months. Main contractors to the transaction are Winch Energy Italy SRL and Sagemcom. Legal advisers to the transaction were Fieldfisher and Clarkson, Wright and Jakes, acting on behalf of Winch Energy and WIPP and August Debouzy representing NEoT.

Winch Energy already operates 13 sites in northern Sierra Leone, which were completed as part of an earlier phase of this project. The company also powers communities in Benin, Mauritania and Angola, with a project to supply power to 20,000 residents in Bunjako on Uganda’s Lake Victoria expected to be fully operational by March 2021.