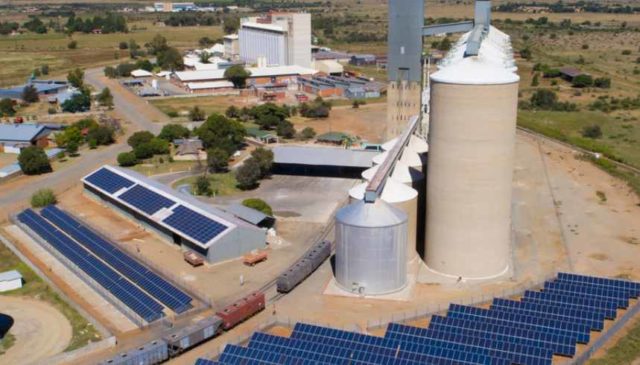 Installed at the firm’s Hennenman silo in the Free State province, the total projected solar utilisation per annum is 472,460 kWh.

The firm said in a statement that this constitutes 62% of the total electricity consumption of the Hennenman silo and will result in a significant cost saving.

Francois Strydom, Group chief executive said: “In line with our sustainability objectives and, inter alia, our contribution to reducing the carbon footprint, the Solar PV will save approximately 1kg CO2/kWh. The projected carbon savings will amount to 472,5 tonnes of CO2 per annum.”

The plant has a total 1,120 installed solar panels, which has a total generation capacity of 358kWp.

The project commenced in January this year and was completed in April, when it was integrated into the existing electricity grid, the firm noted.

According to the company statement, Els is optimistic with the results yielded thus far.

The system has already clocked 16,00kWh and 281kWp, 10% above the projected maximum demand of 266kWp, the firm explained.

The silo solar PV project is pilot developed in collaboration with Motla Consulting Engineers and the agricultural firm.

Strydom added that the installation of solar PV systems at other silos will follow soon. Read more…