“This globally recognised programme was the initiative of government, and it is fitting that the policy-maker’s vision can continue to be realised.

“Industry appreciates the expressed support that key ministers have lent to the renewable energy programme  during the year-long impasse with Eskom,” SAREC said in a statement.

SAREC chair, Brenda Martin, commented: “Some of the serious economic effects of the recent pause in South Africa’s renewable power procurement programme, such as factory closures and job losses, have caused serious hardship for this fledgling industry.

“We trust that there will now be rapid movement to resolve the impasse in line with the President’s directive.”

SAREC said in a statement that renewable power producers have through the first highly successful rounds of independent power procurement demonstrated their commitment to invest, to produce power at increasingly lower prices on-budget and on-time, and to build stronger communities where they are located.

The council added that the Industry’s commitment to addressing poverty, inequality and unemployment and the creation of opportunities for youth, is unequivocal.

This President’s leadership can ensure that now much-needed direct and indirect investment and job creation is unlocked.

More than R57 billion ($4.2 billion) investment will flow in the short-term and jobs will be created once outstanding power purchase agreements are signed.

In addition, up to 15,000 jobs associated with the power procured in 2015, are currently not being realised. 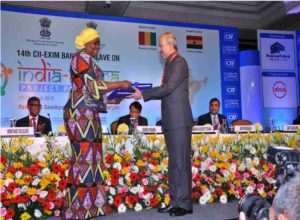