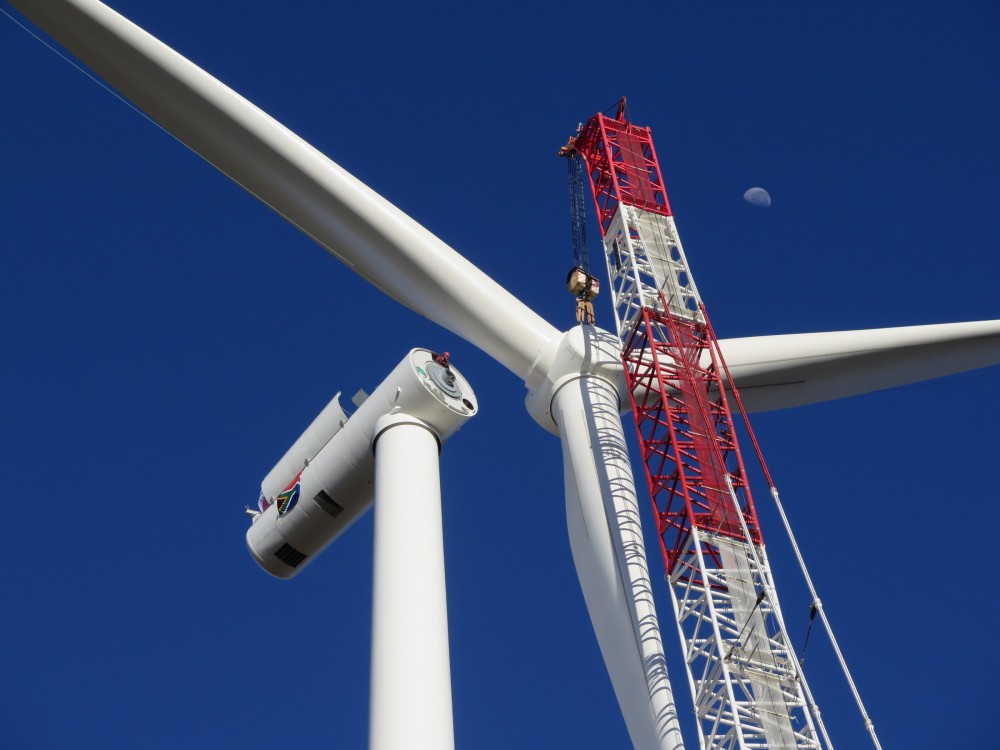 Noupoort Wind Farm declares that all turbines have been erected under round three of the country's Renewable Energy Independent Power Producer Procurement Programme.

On Tuesday, the Noupoort Wind Farm announced the installation of the farm’s last wind turbine, making a total of 35 turbines installed. The company said the project will be moving along to its commercial operation date, which is set for July this year.

[quote]In earlier reports, the Noupoort Wind Farm announced that the project has been connected to the Eskom’s national grid.

Project manager Martina Flanagan commented: “We have reached a couple of major construction milestones with the energised substation and operation of the first turbines a few weeks ago and now the completion of all of the turbine installations”.

The company said the project began transporting the turbine components in October 2015, completing a distance of more than 200,000km over the last five months.

The final load from the Port of Ngqura in the Eastern Cape Province left to site on 4 March 2016 and the final tower section arrived from Atlantis on 24 March 2016, marking the final of the 315 abnormal loads, the company stated.

Flanagan acknowledged the communities, which were affected by the work that went into implementing the project: “This has been a huge undertaking and we would like to thank the public for their patience and support as well as the various teams for their hard work,” she said.

Noupoort Wind Farm highlighted that the wind turbine’s tip can extend to 154 meters into the sky when one of the blades stands vertically.

“This ZAR1.9 billion ($1.3 billion) project is the first wind farm, as part of the Renewable Energy Independent Power Producer Procurement Programme (REIPPPP)’s round three, to energise and is expected to also be the first to complete construction in the Northern Province by mid-2016,” the company stated.

“This marks a major step towards supplying enough clean, renewable electricity to power more than 69,000 South African homes and will effectively eliminate approximately 300,000 tonnes of carbon emissions each year when compared to traditional fossil fuel power plants,” the company added.