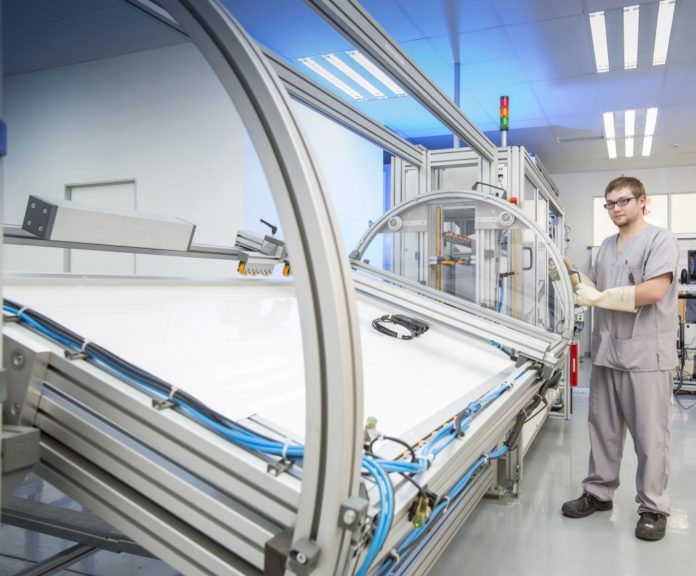 On Wednesday, ARTsolar stated that it has “recently completed production of the final consignment of locally produced photovoltaic (PV) modules” for the REIPPP programme.

“This plant, which supplies the electricity it produces to the Eskom Kromos Substation in the Northern Cape, is the first 75MW AC size REIPPP project to have PV modules produced by a South African owned company.”

According to a company statement, after winning the Q1 2015 bid, the firm expanded its facility programme to meet the production requirements of the project.

“The company made a substantial investment in new machinery and increased the total floor space of the New Germany plant from 3,500 m² to 10,000 m². The single day shift operation was increased to a 24 hour/six day schedule and we expanded our team to 200 staff,” Lawrance said.

ESI Africa reported in December 2014 that the Council for Scientific and Industrial Research (CSIR) released a report which highlighted the benefits contributed to the country’s economy of saving ZAR5 billion ($328.5 million) when 1,600MW of clean energy was installed.

However, Lawrance highlighted the challenges faced by the manufacturers due to the nature of REIPPP projects.

He said, “Local industry is struggling to adapt to the ‘stop-start’ nature of REIPPP projects, which present extended inactive manufacturing periods between contracts.”

“Unlike solar water heaters, the local PV module manufacturing sector is not protected by locally designated modules outside of the REIPPP [programme].”

He then appealed to various institutions to intervene including the Industrial Development Corporation and the Department of Trade and Industry.

According to the department of energy, South Africa targets to generate 10,000GWh from renewable energy – from this goal 3,725MWs of power is planned to be injected to the national grid between 2010 to the year 2030.