Rwandan rural communities are set to benefit from the Swedish International Development Agency (SIDA)-fund for an off-grid programme.

In East Africa, a non-profit organisation, Energy 4 Impact, has taken the role to assist the Rwandan government in providing access to electricity for rural inhabitants through off-grid connections.

In Q2 2016, the government of Rwanda stated that it seeks to increase access to electricity to 70% by 2018, with 22% accounted for by off-grid connections.

According to local media, Herbert Nyaga, the country manager for Energy 4 Impact explained that their programme named Scaling up Off-Grid Energy in Rwanda (SOGER), is aimed at achieving this goal by supporting private sector companies to deliver energy access to 77,000 people in poor rural areas.

The programme is reported to have commenced in July 2016 and will end in June 2019. The project is expected to create 7,000 jobs for women and youths.

The media reported that this project involves a facility to support small isolated mini-grid projects to provide electricity to rural communities. It will also focus on increasing productivity for small farmers through access to appropriate solar-powered irrigation systems.

The programme will comprise the Renewable Energy Small Projects (RESP) development facility, which will accelerate the development and growth of small isolated mini-grid RESP projects. This will include solar mini-grids and projects based on other renewable energy approaches.

It will support the development of 30 pico-hydro micro-utilities to provide sustainable electricity to rural communities.

Nyaga explained that: “The RESP targets isolated solar mini-grids and mini-hydro projects, as well as support to small-, medium- and micro-enterprises in productive use of energy.”

He also stated that technical and transaction advisory support services will be offered to local and international private project developers and micro-enterprises.

Nyaga said the project will interact with the private sector to establish supply chains in support of smallholding farmers through the development of solar irrigation markets in the country. This is to ensure the seamless introduction of the technology into the market. 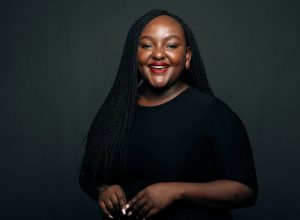