In a recent report published by GlobalData, the study forecasts solar photovoltaic (PV) installation in India to reach around 160GW by 2030.

The project manager, Mohit Prasad, said in a company statement: “GlobalData forecasts solar PV installation in India to reach around 160 (GW) by 2030. This is on the back of the aggressive Jawaharlal Nehru National Solar Mission (JNNSM), which targets 100GW of solar PV installations by 2022. Out of this, 40GW is the target for rooftop installations.

Prasad added: “With Gujarat contributing around 19% of rooftop solar PV installations, the highest by any state, in India such a scheme would further foster the growth of solar installations.

“Other states such as Maharashtra and Rajasthan, which have good solar potential, can also introduce similar schemes in their respective states to increase their rooftop solar installations. This will eventually help India to reach its JNNSM target by 2022.

“The introduction of the new scheme in Gujarat is an extension to the existing schemes for households with terraces and the scheme for farmers, which have received a response.” 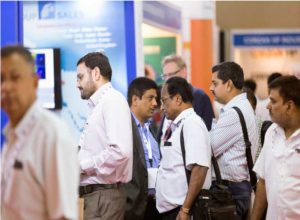