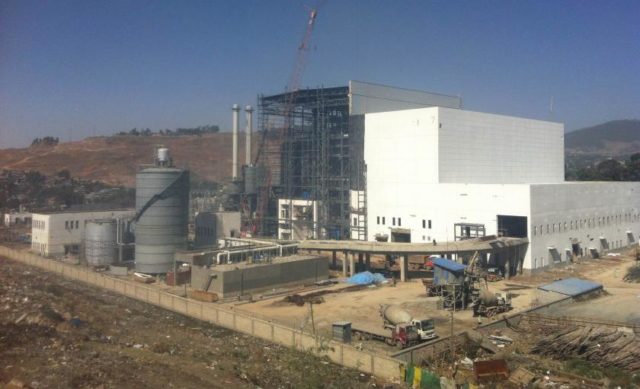 Africa’s first of its kind waste-to-energy plant is set to transform the Koshe dump come January 2018 and will revolutionise Addis Ababa’s approach to dealing with waste.

The United Nations noted that Ethiopia’s 50MW Reppie waste-to-energy plant will incinerate 1,400 tonnes of waste every day – roughly 80% of the city’s rubbish while supplying Addis Ababa with 30% of its household electricity needs.

“The Reppie project is just one component of Ethiopia’s broader strategy to address pollution and embrace renewable energy across all sectors of the economy,” said Zerubabel Getachew, Ethiopia’s deputy permanent representative to the United Nations in Nairobi.

“We hope that Reppie will serve as a model for other countries in the region, and around the world,” Getachew added.

The facility is the result of a partnership between the government of Ethiopia and a consortium of international companies, which consists of Cambridge Industries Limited (Singapore), China National Electric Engineering and Ramboll-a Danish engineering firm.

The benefits of such a development include: saving space, generating electricity, while preventing the release of toxic chemicals into groundwater, and reduces the release of methane — a potent greenhouse gas generated in landfills — into the atmosphere.

The United Nations noted that the Reppie waste-to-energy plant meets the European standards on air emissions.

Waste incineration is popular in Europe, where nearly one quarter of all municipal solid waste is incinerated. France alone has 126 waste-to-energy plants, while Germany has 121 and Italy 40.

Like its European counterparts, the Reppie plant operates within the strict emission limits of the European Union.

The plant adopts modern back-end flue gas treatment technology to drastically reduce the release of heavy metals and dioxins produced from the burning.