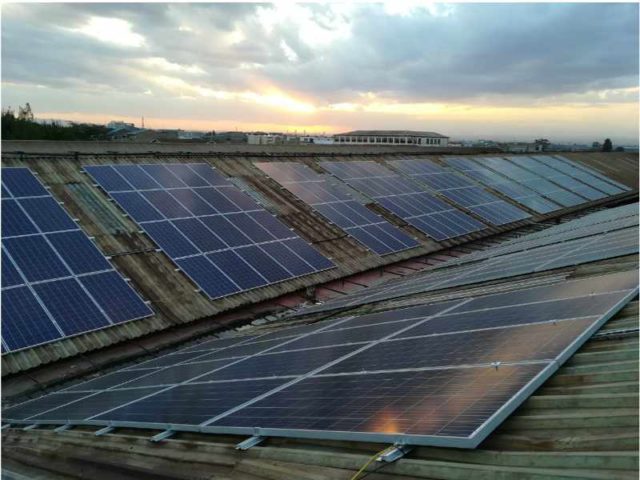 At the recent World Economic Forum (WEF) on Africa, Caspar Herzberg, President, Middle East and Africa, Schneider Electric, supplier of solutions, energy management and process automation, was part of the Universal Energy Access panel. This session was associated with the Platform for Shaping the Future of Energy.

More than 600 million people lack access to electricity in sub-Saharan Africa, exacting a heavy toll on inclusive growth. From renewable energy storage to smart grids, the panel discussed what models can support the continent in reaching universal energy access by 2030?

“It is easier to supply energy to urban areas but urbanisation is not a positive phenomenon. If one travels around Africa and looks at the power lines above and townships below, the difficulty is in the last 50 metres, where there are many social issues,” explained Herzberg.

“Globally, there is a trend to go towards decentralised grids and, with mini-grids; we have the opportunity to create an integrated approach to make cities more liveable and efficient. Equally, you want to focus on rural areas with mini grids to reverse the trend of rural urban migration.

“One thing, we have found is that when you put a functioning mini-grid, with a business model, in a previously disconnected community, it reverses that trend and creates a new local hub. An excellent example of this is the Onibambu case study in Nigeria, where Arnergy, a Nigerian solar power company, solved rural electrification in collaboration with Schneider Electric and Bank of Industry (BOI).

Providing access to energy to 600 million people in sub-Saharan Africa may seem an attractive investment opportunity from the sheer numbers, but if it was easy it would already have been done by now, noted Herzberg.

“The challenge is the business model around mini-grids – what do people do with the energy, how to integrate these into the local economies, how will this be done sustainably and, more importantly, how do you maintain and operate micro-grids?

To make this work, he noted that basic electrical skills will be needed, at scale, and that is where a public private partnership needs to work together to build these skills.

“Schneider Electric is not just about building factories but investing in people and skills development, as we have done in South Africa for over 30 000 people.

“Finally, there is the question of off grid and on grid but this can be managed by the digitisation of the smart grid to ensure integration. The technology is there; we now need to deploy a national matrix so that the conflict can be well managed. Added to that, there is no real conflict between the two, it is more about how they can work together (on grid and off grid) to ensure universal energy access. This is an expertise that Schneider Electric can offer,” Herzberg concluded.

To provide rural off-grid electrification to communities across Nigeria, as a means of curbing rural-to-urban migration and promoting security and development in non-urban centres, the BOI Rural electrification projects began with Arnergy at Onibambu/Idi-Ata.

Onibambu is located in the Ife-North local government area of Osun state. It is home to about 200 houses, which have never been connected to the national grid. The inhabitants rely on candles, kerosene and a handful of petrol generators to run their business and daily lives.

The community is situated close to the Obafemi Awolowo University, an hour from the major city of Ibadan and another hour and half from Lagos. The indigenous people are traders, artisans (basket weavers) and farmers.

To achieve rural electrification, BOI awarded GVE and Arnergy contracts (in the form of loans) to develop solar microgrid in six rural communities across all geopolitical zones of Nigeria.

These microgrids serve as a pilot programme for many more such projects in the future. The solution chosen was designed as a 24kwp system, capable of servicing 200 rural homes and business with minimal load. In addition to the solar microgrid, 22 streetlights were provided along the major centres of the community, improving security and brightening up the village at night.

Schneider Electric’s Conext family of solar and battery-based inverter/charger systems, with online monitoring, was selected as the most reliable technology for this initiative.

The installation, consisting of MPPT 80 600 charge controllers and XW+ inverter/chargers, at an estimated loan cost of N75.8 million. Arnergy is using the Conext insight monitoring solution to ensure that its microgrid is performing according to specification. It also monitors how much energy is being consumed by the people

A prepaid metering packing was set up to aid the repayment process. A pay-as-you-go scheme was introduced, where member of the community pay for just the amount of electricity they need. A house can pay for as low as N100 or N200 for its electricity need.

The ultimate goal of this project was to stem the tide of rural-urban migration and the project surpassed all expectations. The population of Onibambu has increased and become a case of urban-rural migration. Businesses in neighbouring towns are moving to Onibambu.

Impacts to micro, small and medium scale business have been immediate. Four new businesses in frozen foods and refrigeration were setup. A resident trader, who used a generator to power her freezers, often paying over the market price for fuel, can now run her business successfully

A blacksmith from Modakeke was contemplating closing his business due to the high cost of powering his forge, until he heard about the microgrid system 30 km from him. He now runs a successful workshop in Onibambu.