The renewable energy (RE) sector in South Africa is young, diverse and fragmented, with industry structures that are relatively immature.

The current renewable energy industry associations in South Africa are characterised by technology and territorial competition, and can no longer be seen as representing the broader RE sector.

Currently, the existing RE industry associations are somewhat inwardly focussed and vie for membership and relevance among a membership base of developers, independent power producers (IPPs), technology providers, original equipment manufacturers (OEMs), equipment suppliers and installers.

However, the traditional boundaries between suppliers and customers of RE are radically changing, as customers and consumers also become generators or producers of electricity within the supply chain.

Things are moving fast, from the former environment where Eskom was the single buyer of renewable energy in South Africa from IPPs, towards a diverse, competitive and multi-faceted RE sector.

Eskom, the biggest customer of RE, is today also a generator of RE and has ambitions to increase its RE production.

Similarly, municipalities are also targeting RE generation, as too are mining, industrial, commercial, agricultural and even domestic consumers, with the generation regulations slowly catching up to accommodate these changes.

And so, the very basis and nature of stakeholders making up the RE sector are undergoing major and rapid change. No longer can an exclusive group of RE industry associations, representing developers, technology providers, OEMs, equipment suppliers and IPPs, claim to constitute, represent or act as the “voice of the RE sector”.

Watch this:
Webinar recording: A guide to wheeling frameworks

Accordingly, these stakeholders also want to participate in structures representing the new and broader renewable energy sector in South Africa.

This is a normal progression, as traditional electricity customers also become RE producers, and as financial institutions and other key stakeholders start to play a critical role in the sector’s growth, in line with the Integrated Resource Plan for electricity, IRP 2019.

So, when Mineral Resources and Energy Minister Gwede Mantashe noted a need to sit down and engage with an RE sector that could “speak with one voice”, it was not going to be as straightforward as is the case with the Minerals Council of South Africa, which has evolved over a period of more than 100 years and is able to represent the broader mining sector, with formalised structures in place.

Nor was it simply going to be a matter of inviting the existing RE industry associations to the DMRE. Rightly or wrongly, the Minister perceived these associations to be “lobbyists” and RE project salespersons dominated by foreign developers and IPPs controlled by these developers, that were focussed on closing the next deal rather than serving the broader RE sector and the national interest.

What was therefore needed, it seems, was an initiative to establish a new, legitimate and inclusive Ministerial Renewable Energy Sector Engagement Forum (RESEF), that could engage meaningfully with government representatives on an ongoing basis.

The ultimate intended purpose of the initiative – for which the European Union Delegation to South Africa has provided independent technical, administrative and advocacy support, as well as funding in a bid to advance South Africa’s green economy – is to provide a platform and forum of communication to address bottlenecks that may be inhibiting the implementation of government policy and planning commitments in respect of the delivery of RE.

The DMRE also made it clear that the RESEF initiative should be aligned with other DMRE- and DTIC-led initiatives, such as the South African Renewable Energy Masterplan (SAREM). SAREM is part of a planning process that seeks to identify specific industrialisation opportunities in the RE value chain, and shares a common set of stakeholders with RESEF.

The first founding meeting of RESEF, held on 16 July 2020, was addressed by Minister Mantashe, and there was an overwhelming consensus from about 150 attendees for the establishment of RESEF.

At the meeting, the Minister said that the engagement had “exceeded his expectations” and that he was “happy with the representivity” of the meeting. The Minister subsequently wrote: “It was a good Forum. It must be repeated”.

Thereafter, following a call for nominations from the various stakeholder clusters identified, a second founding meeting of RESEF was held on 20 October 2020, at which the attendees overwhelmingly approved and ratified both the Forum’s composition, as well as the nominations from the various stakeholder clusters for seats and alternate seats on RESEF.

These names have since been forwarded to the Minister and DMRE, together with a list of suggested key issues to be addressed in further engagements.

Up to now, unconditional funding for the work of the independent facilitator for the two RESEF founding meetings has come from four RE sector industry associations (SAPVIA, SAWEA, SAIPPA and SAESA), the European Union Delegation to South Africa and the British High Commission in South Africa.

While good progress has been made, there is still significant work ahead that has to be done in order to ensure that RESEF is established, bedded down, becomes functional and operates as intended.

Effective and transparent stakeholder management and communication are critical throughout the process in order to ensure trust between the RE sector stakeholders themselves, as well as a constructive engagement with the Minister and his DMRE officials based on mutual respect, goodwill and the acceptance of good faith.

Read more:
Municipalities given the green light to procure power from IPPs

Initial efforts to establish the right posture, form, process and structure may be considered somewhat slow.

However, these efforts are necessary to build trust and prepare the way forward for an ongoing engagement on the substantial issues, in a smaller, legitimate and properly constituted forum, RESEF, that enjoys the confidence and support of all participants, and has the effect of expanding the pie – something the South African economy desperately needs.

To borrow some wise words from the SAREM initiative: One needs to “move at the speed of trust”. ESI

Chris Yelland, MD of EE Business Intelligence, was the independent facilitator of the first two founding meetings of the Ministerial Renewable Energy Sector Engagement Forum (RESEF). His work in this regard was funded by the European Union Delegation to South Africa, the British High Commission in South Africa, SAPVIA, SAWEA, SAIPPA and SAESA. 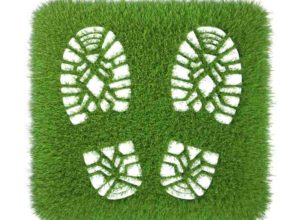 Schneider Electric steps up its commitment to carbon neutrality