In the last decade, decentralised energy resources (DER) in a form of solar home systems and mini-grids have brought electricity to tens of millions of rural Africans.

That trend will continue to accelerate in the 2020s, but there is also a growing role for distributed renewable energy in cities and peri-urban areas, including commercial and industrial (C&I) uses, writes William Brent, Power for All’s chief of communications, media & content.

According to Paul-Francois Cattier, director of economic development for Africa and Middle-East region at Schneider Electric, there are hundreds of cities across sub-Saharan Africa with populations over 100,000 that are not connected to the grid.

For example, the African Development Bank loaned $20 million to the Democratic Republic of Congo to provide mini-grids to the cities of Isiro, Bumba and Gename, which have no central electricity infrastructure.

DRC’s national grid currently only supplies about 35% of the population in urban areas. That is one reason that Schneider Electric is working with EM-ONE in Nigeria to build a new facility that can produce 200 containerized mini-grids annually to address the western Africa region.

“Corporations across the continent are struggling to run a business on a generator, which is not sustainable,” said Distributed Power Africa (DPA) CEO Norman Moyo. “So a lot of businesses are looking for an alternative source of electricity.”

DPA, which has partnered with EDF for technology support, is focused on renewable energy mini-grids of up to 5MW (including telecom towers, data centres, mining) and has identified large corporations with continent-wide operations such as Unilever, Nestle and Coca-cola as a “sweet spot” because they have a green energy agenda. DPA signs 15-year power purchase agreements to handle the financing, deployment, and operations and maintenance.

Moyo says his company’s solar plus storage systems can beat blended energy costs (grid plus generator) for businesses in most of Africa by 20%, and provide a ring-fenced solution that can stand alone or be grid integrated. Financing, especially access to debt, remains a major constraint to further scaling the urban and C&I opportunity.

In addition, national governments should be increasing the role of distributed solutions for use in non-rural contexts when developing their integrated energy plans.

The opportunity is large but still untapped: according to Bloomberg New Energy Finance, only 32 C&I solar installations were commissioned in Sub-Saharan Africa outside of South Africa in 2017. 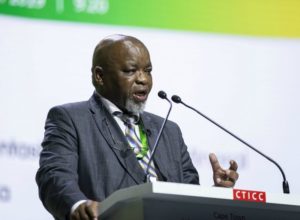