Working across eight renewable energy projects as a junior power engineer at Globeleq South Africa, Nozi Mobovane finds the complexity of her job exhilarating and satisfying. Her role includes mastering engineering skills for both solar and wind technology, exposing her to a broad range of daily challenges.

Although Mbovane is not the only young female engineer in South Africa’s developing renewable energy sector; however, together with her colleague Lenah Mabusela who works on the same team, she is certainly in a minority.

The sector still has a way to go to achieve greater levels of inclusivity and equality. However, with young, dedicated engineers such as Nozi Mbovane, who are working alongside more experienced counterparts to gain experience, the industry is moving in the right direction.

According to Mbovane, the percentage of women in the sector is small compared to men, and “even smaller in leadership levels. Diversity means representation. When there is a fair representation, decisions are made in an inclusive way.”

Additionally, sector-specific mentoring and developmental programmes are already in place to increase diversity and equal opportunity across all levels of the industry, from internships to leadership positions.

The junior engineer adds: “Renewable energy is also a relatively new sector, which is fast-growing and dynamic. This industry needs talented and capable people who can collaborate in order to move the industry forward. That includes both men and women alike.”

One of the ways that the sector is addressing this head-on, is the formation of the Renewable Energy industry’s Gender Diversity Working Group (GDWG), which coincided with International Women’s Day, on 8 March 2021.

It is a collaboration between the South African Wind Energy Association (SAWEA) and its PV counterpart, South African PV Industry Association (SAPVIA). The GDWG, chaired by Globeleq South Africa’s Laura James, demonstrates that the industry has recognised the challenge of the underrepresentation of women, and will use this framework to actively address diversity.

This month, together with millions of other South Africans, she looks forward to playing her part in Mandela Day, celebrated on 18 July each year, to commemorate the former president’s birthday.

“Mandela day reminds me of how far we have come as a country in our journey of freedom and equality for all South Africans. As a black person, I have many more opportunities today compared to my parents and grandparents. This is because of Nelson Mandela and other black heroes who fought for our freedom,” states Mbovane.

It’s all about making the world a better place and as the country continues to live amidst the global health pandemic, which affects the poor and vulnerable members of our society the most, this year’s commemorate event is more important than ever.

“Mandela Day also reminds me of the great work that still needs to be done to undo the preconceptions, biases and inequality that we still see today in our society that stems from the apartheid system,” concludes Mbovane. 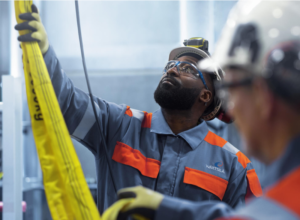