In West Africa, Arthur Anthony Okeyika, CEO of Arthur Energy Technology Limited has announced that his company will inject the stated amount towards the first solar powered vehicle assembly plant, set to be built in Akwa Ibom state.

According to local media Vanguard, Okeyika stated this while he was attending the recently concluded 1st Akwa Ibom climate change and energy summit held in Uyo.

He said: “We cannot ignore the ‘green’ market potential of Nigeria particularly now that we’re faced with our current economic realities.

“Fossil fuel as sole energy source for Nigerian cars, homes and industries is not a sustainable option if the conversation on nation building is to be taken serious.”

Okeyika added: “We need an integrated solution to power our lives for the future and at Arthur Energy Technology limited we believe the solution is solar power.”

The media reported that Okeyika was speaking on the side lines of the conference, answering questions regarding the future of automobile transportation in Nigeria.

“As a continent, Africa only enjoys 1.4% of the 3,700 CDM projects worldwide and the only way to attract foreign direct investment in renewable energy is to create an enabling environment, which will encourage international investors.

Our company has set out to build Nigeria’s first solar powered vehicle assembly plant in Akwa Ibom and we are committing half a billion naira in capital fund for this project, he said.

The team is collectively expected to generate 1,125MW of electricity that will be injected to the national grid. 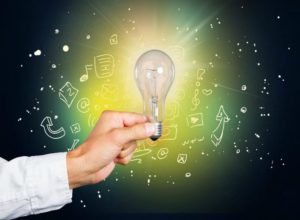