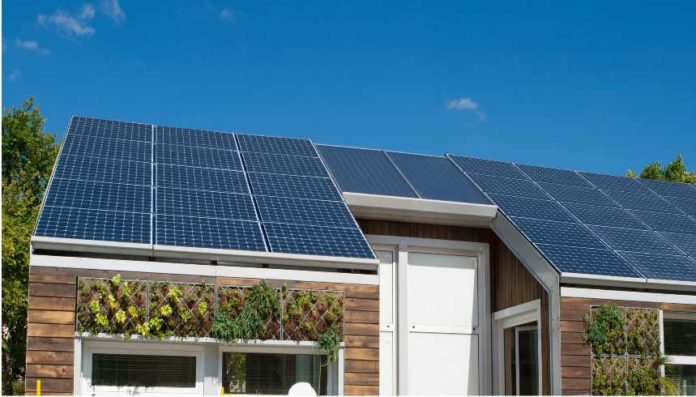 The five-bedroom bungalow located in Ejigbo, was built and managed by Concept Technologies, the Guardian reported.

According to the company’s managing director, Tokunbo Tonade, the idea of the house was initiated from the need to use renewable energy to solve the country’s erratic power supply.

Tonade said: “The home is a 5 bedroom bungalow powered by a 12.6kW solar off-grid system that runs 94% on the power of the sun and 6% on diesel during cloudy weather.

He noted: “Off-grid means it has been completely disconnected from thermal electricity, and it’s been running without a blink since the last one year.”

“I have been trying to advocate for renewable energy because it has a lot of gains and for Nigerians to see its impact. With generator, you use some amount of money to install the generator, buy diesel and fuel it yearly and when we add everything up, they are higher than what you will use to install solar energy,” he added.

“I want to give you something that has 25 years warranty at N120 million ($332,436), and it will break even in two years, unlike your generator where you are spending N500 million in 10 years and you are still spending all the way.”