The Nigerian renewable sector is requesting to be given the same financial support as the fossil fuel sector in Nigeria.

The President of the Sustainable Energy Practitioners Association of Nigeria (SEPAN), Dr. Magnus Onuoha urged government to allocate about N250 billion ($809 million) from the many funding pools available in the energy sector, to the renewable energy operators, THIS DAY reported.

Onuoha highlighted that with the support, renewables would be able to generate and deliver about 10,000MW of electricity to Nigeria in a few years to come.

According to media, he further underlined that the deployment of renewable technologies was an investment in carbon credit, adding that the country stood greater chances to make more returns on investments in renewable energy than it does from fossil fuel power generation. Read more….

Onuoha said: “We want government to be proactive. Government should give us a level playing ground. The interventions that non-renewable people are enjoying should be extended to the renewable energy practitioners.

“It is not as if the cost of renewable energy is very high, it is because we do not have the framework to drive the sector,” Onuoha said.

Media quoted him stating that the association is working with the Standards Organisation of Nigeria (SON) to rid the sector of quacks and sub-standard equipment to boost consumers’ confidence in the offerings of the renewable energy sector.

In efforts to appreciating the renewable energy sector in the country, Onuoha disclosed that the association is planning to launch the 2017 SEPAN award and lecture series, to be held in Kaduna in July.

He explained that the choice of Kaduna, was to encourage the work done in renewable energy sector by the state government. Read more…

He said the state government has ensured that three out of the 14 developers that signed the Power Purchase Agreement with the government to generate over 1120MW of solar power are cited in Kaduna, media reported. 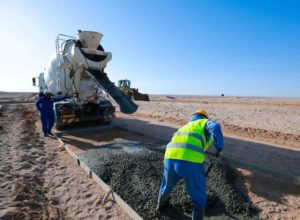