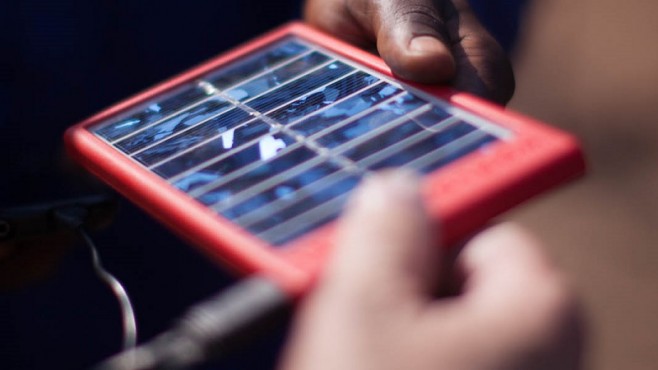 The announcement was made outside the MTN store at Mthatha Plaza, in the Eastern Cape, where product demonstrations and branded promotions entertained interested parties.

According to Hennie Botha, World Panel’s managing director for South Africa, the Sunstream, which was founded by solar expert and entrepreneur John Anderson, was developed for customers who view their mobile device as a “lifeline”, but who lack the means to keep it charged.

By providing users with reliable and affordable power, Botha said that this innovation can be seen as a game-changer.

Introduced in 2015, the Sunstream technology bypasses the need for chipsets or PC boards, which according to the Westminster-based firm are known for breakage on typical solar charging devices.

The package will first be on offer to the South African market and will later expand to other African regions.

In November 2015, World Panel, announced that they had entered into a retail agreement with African mobile communications company, Vodacom, to sell its newly developed solar-powered charging device.

At the time of the launch, the solar device manufacturer said that this is the first technology in the world that combines USB charging standards with international solar panel standards. In addition, the product is water resistant up to two meters.

The company explained: “It is made with a shatterproof glass face and a polymer case, which is UV stable and remains cool to the touch in extreme heat.”

New clean technological innovations have been rapidly penetrating the African market, opening up a myriad of opportunities for marginalised communities living off-grid.

The company claimed at the time that the price was cheaper than the daily kerosene needed to power lights and to charge phones.

At the time of the launch, Jesse Moore, managing director and co-founder of M-KOPA Solar, said: ” […]Together we are helping Ugandans get rid of kerosene, improve their standard of living and save money all at once.”

Moore added: “After a year of daily payments, customers own their systems outright with no further billing. The deposit is fully refundable and customers can receive real-time customer support from M-KOPA’s toll free call centre.”