Against the backdrop of the COVID-19 pandemic, the Multilateral Investment Guarantee Agency (MIGA), has issued guarantees to support the operation and maintenance of six additional solar power plants at the Benban Solar Park in the Aswan Governorate in Upper Egypt.

The guarantees have been issued to Scatec Solar, which has extensive experience delivering sustainable clean energy systems and has worked with MIGA on multiple projects in the past.

Amounting to $52.35 million, the guarantees cover Scatec’s investments in the project against the risk of Currency Inconvertibility and Transfer Restriction for up to 15 years.

The new project consists of six additional solar power plants, each with a capacity of 65MW, or a combined installed capacity of 390MW. The project represents a total investment of approximately $446 million.

“The MIGA guarantees are a cost-efficient way of mitigating risk for our largest project in the portfolio. Strong partnerships are essential to our business and this agreement is further strengthening the robustness of our investment,” said Raymond Carlsen, CEO of Scatec Solar.

The plants generate an average 930GWh of power annually, powering 420,000 households. The plants are also expected to help avoid an estimated 400,000 tCO2e per year, and reduce costs as a result of lower fuel import requirements.

Additional economic benefits include generating over 30 local jobs and roughly $7.4 million in taxes and fees to government authorities annually.

The plants will ultimately enhance Egypt’s ability to manage planned and forced outages, as well as to pursue its aspiration to export electricity.

To meet this goal, the Government of Egypt authorised the development of the Beban Solar Park, with a total targeted capacity of 1.8GW. 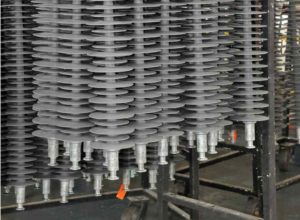