South Africa’s renewable energy sector has revealed the preparation of a transition roadmap that seeks to speed up and assist the mobilisation of wind and solar energy in regions where gold and coal mining are on the decline.

By incorporating employment and industrialisation in the renewable industry, the roadmap will accelerate economic activity and produce job opportunities in the affected areas.

According to the plan, Independent Power Producers (IPPs) will be encouraged to develop projects in these coal and gold mining regions such as Emalahleni in Mpumalanga, where the closing of Eskom power stations in the coming years is projected to have a negative impact on the economy and citizens alike.

Other regions, such as Klerksdorp where gold mining has slowly been waning over the past decade, will also be targeted.

The Department of Environment, Forestry and Fisheries will declare the two towns, plus Beaufort West and eight other areas selected in a previous Strategic Environmental Assessment as Renewable Energy Development Zones.

The objective is to build an intricate framework that has potential to maximise industrialisation and employment by leveraging the benefits of wind and solar energy.

The roadmap is closely aligned with the redefined industrial strategy, created by the Department of Trade and Industry, the Competition’s Initiative as well as the Public Private Growth Initiative, behind President Ramaphosa’s campaign to attract $100 billion of investment between the years 2018 and 2022.

Furthermore, the roadmap complements the Presidential Climate Change Commission with the shared goal of creating a low-carbon economy in South Africa.

SAREC is also consulting with the Minister of Mineral Resources and Energy, Gwede Mantashe, on the significant contribution of renewable energy in accelerating growth.

One noteworthy solution introduced by the plan is to increase the time frames for power purchase agreements in order to lower tariff charges.

A long-term framework is necessary to realise the vision.

These initiatives can range from offering previous coal miners employment preferences in the new renewable energy projects to establishing manufacturing enterprises that have capacity to supply renewable plants.

Ultimately, there is a need for a shared vision along with a steadfast plan to lower skepticism regarding the impending change through just transition and its reinforcement.

This sentiment coincides with the prevalent debates and discussions set to take place at the Africa Energy Indaba 2020. Sessions will delve into renewable energy as a viable investment option for economic growth, thereby utilising climate change as an opportunity rather than a looming threat. 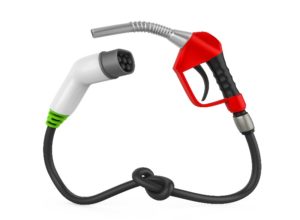 Who will win the eco-transportation race?