International Oil Companies (IOCs) have an opportunity to become players in this growing renewable energy space regardless of the already competitive landscape.

There has been an increase in investments in renewable energy with the International Energy Agency (IEA) expecting almost 200GW of new clean energy generation capacity to be added by the end of the year. The IEA expects 115GW/200GW will come from solar.

IEA is benching on solar and wind technologies as the cornerstones of global efforts to combat climate change, reduce air pollution and provide energy access for all.

At this point, global markets are even seeing a push for oil companies to reduce greenhouse gases generated from the burning of fossil fuels.

“We have a lot of stakeholders today who look at us as dinosaurs. Dinosaurs have disappeared. I don’t want Total to disappear. But the only way not to become a dinosaur is to act, to invest and progress together. We have the technologies, people and financing,” he said.

Pouyanne was emphasising the need for the oil and gas industry to improve their energy efficiencies and invest in carbon capture and storage, while also developing profitable low-carbon electricity businesses.

The group targets to decarbonise multiple industrial hubs situated in the UK, US, Norway, Netherlands and China.

Norway-based Equinor is also leading the pack in making major investments in offshore wind. Equinor has outlined investment within new energy solutions of $750 million to $1.5 billion annually between 2020 and 2025.

The road to IOCs expanding their RE footprint

According to energy consulting firm Wood Mackenzie, IOCs have certain competitive advantages when it comes to succeeding in renewable energy:

The global renewable energy market is growing at an exponential rate as a result of investor-friendly government policies and technological advance. For international oil companies, solar PV and wind would be the most appropriate technologies to take an interest in.

Missing out on market opportunities

Oil majors have less than 2% ownership of global wind and solar projects. This shows that a needs to be done on the side of these oil companies.

Wood Mackenzie has forecasted that solar PV and wind combined will account for 35% of global power capacity by 2035. They have estimated that investments in solar and wind will amount to $1,032 billion, which accounts for 40% of the global upstream oil and gas.

By 2025, 3,700GW of wind and solar would have been installed worldwide, which will exceed oil and gas at a share of 35% of global power capacity.

Despite the risks involved for IOCs to pursue a low carbon strategy, they have a duty to familiarise themselves with the transitioning energy landscape and prepare for the energy transition towards a low carbon future.

They will have no choice but to balance between their oil and gas business while also keeping consideration of investing in the alternative energy market.

By Albert Mbaka, an Energy Researcher at the Centre for International and Security Affairs. Edited by ESI Africa. 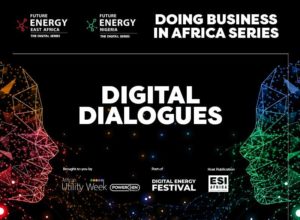