Renewable energy’s fluctuating capacity on the grid requires a controllable and stable energy demand-supply balance solution. The answer lies in hydrogen energy storage systems, which can store hydrogen produced by renewables as a second-energy source for the long-term balance and control of the grid.

Toshiba Energy Systems & Solution Corporation (Toshiba ESS)’s Hydrogen Energy System is a comprehensive system for the production of hydrogen with renewable energy, storage for hydrogen, and generation of electricity with fuel cell from hydrogen. This system enables the stable supply of power in line with the growth of renewable energy sources on the grid.

This innovative system has been installed at various locations in Japan, where, in 2018, Toyota Industries Corporation installed the technology at their Takahama plant – adding to their aspirations to create a CO2-free factory production line. Globally, Toshiba ESS is collaborating with local governments and private companies to develop similar projects to enable decarbonised energy infrastructure by applying the system at non-electrified areas and unstable grid systems.

The Hydrogen Energy System is designed to supply electricity generated by renewable energy to a load not exceeding the electricity demand (see Figure 1).

The battery unit controls the daily rapid short-term fluctuations by charging during times of surplus electricity and discharging at night when renewable energy is insufficient to meet demand. For long-term supply-demand balance control, the unit produces hydrogen by electrolyser (EC) stored in a ‘tank’ during summer periods and hydrogen fuel cells during winter periods when renewable energy generation is lower.

The hydrogen energy management system optimises the control of whether to use surplus electricity to charge the battery unit or to produce and store hydrogen. Use of the system will lead to best practice, operational efficiency, and cost-effectiveness when the installed Hydrogen Energy System matches local specification and appropriate control. Therefore, prior evaluation by simulation is crucial.

In December 2017, Japan launched its Basic Hydrogen Strategy, which is based on the goal to decarbonise businesses through hydrogen use. As such, the Japanese government’s Infrastructure Systems Export Strategy was set to expand infrastructure systems overseas, to promote electrification support with low carbon technologies. Thus, Toshiba ESS is collaborating with overseas local governments and private companies on projects that create decarbonised energy infrastructure by applying the Hydrogen Energy System at their non-electrified areas and unstable grid systems.

In the Indo-Pacific region, Toshiba began conceptualisation of a new energy supply chain to complement the area’s existing system with this application. The group signed an MOU with the governments of Indonesia and the Philippines and was entrusted with the development and survey of a Hydrogen Energy System adopted project. Thus a feasibility survey and research ensued to establish potential installation sites and identify obstacles.

Thus independent energy supply systems, combined with renewable energy and the hydrogen system, will become the logical option in future in areas where high generation costs exist due to a lack of energy infrastructure such as on islands and in rural areas. It is essential to optimise the specification with local requirements and establish an operation and maintenance value chain.

Toshiba ESS welcomes comment on this technology and will continue to cultivate new markets by establishing co-creating environments for the application of its Hydrogen Energy System as a pioneering technology toward a carbon-free energy system. ESI 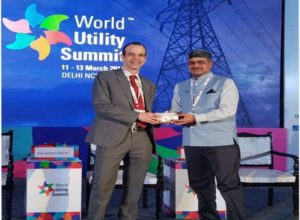