The first of six turbines at the $4.5 billion 2,070MW Lauca hydroelectric plant begins energy supply to Angola’s national electricity grid ahead of schedule.

Hydro potential, according to Prensa Latina news agency, is ahead of schedule as the plant, owned by Angola’s national electricity company Empresa Nacional de Electricidade, will begin operating today.

Increasing electric power availability is among the Angolan government’s highest priorities in an effort to diversify the economy and meet the increasing energy demand of a growing population.

In order to achieve a targeted 9.9GW of installed generation capacity and a 60% electrification rate by 2025, the government has instituted an ambitious infrastructure plan.

The Lauca facility, which was scheduled for commissioning at the end of 2017, is the country’s largest hydropower project and is slated to assist Angola in reaching its short- and long-term energy goals, Prensa Latina reported.

In 2015, Obebrecht (the project’s Brazilian-based civil engineering and electromechanical assembly contractor) awarded Andritz a contract to provide six 340MW Francis turbines, generators and other equipment for the plant.

A US Department of Commerce source informed Prensa Latina that Angola’s Ministry of Energy and Water projects anticipated that by the end of 2018 the country’s power generation mix will consist of 64% hydropower, or about 4GW.

This goal should be reached once the hydro potential in the 700MW Cambambe 2 and the 2,070MW Lauca hydroelectric projects are fully commissioned.

In 2015, HydroWorld reported the World Bank committed $512 million to Angola to finance the 700MW Cambambe 2 project located on the Kwanza River.

Phase 2 of the Cambambe project consists of a 180MW expansion of the existing plant and the construction of four new turbines.

Once completed, the Cambambe 2 and Lauca projects will allow the country to export electricity to markets in Namibia and South Africa.

In further hydro potential news, officials from the African Development Bank and various Cameroon ministries were on hand to help lay a ceremonial foundation stone for the 30MW Lom Pangar hydroelectric plant this week.

The power station is projected to cost about $70 million with a construction timeline extending to mid-2019.

It is estimated that the central African country has about 13,700MW worth of hydroelectric potential, and this project, developed by Cameroon’s Electricity Development Corporation (EDC), aims to decrease the energy deficit in the Belabo region. 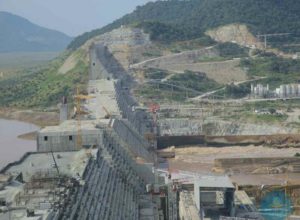