Gwede Mantashe, Minister of Mineral Resources and Energy, has announced the winning emergency power bidders and opened bid window 5 of the REIPPP programme.

This risk mitigation programme is meant to fill the stated supply gap and reduce the use of expensive diesel-based peaking electrical generators in the medium to long term.

In his State of the National Address 2020 President Cyril Ramaphosa announced various measure the DMRE would need to implement to address the country’s energy shortages. Among these measures were the urgent need to:

Mantashe pointed out that NERSA may process licence applications for self-generation facilities above 1MW, even if they are not in compliance with the IRP2019. “But, people who want to do self-generation for own use, you don’t need a licence and there is no limit. What triggers the licence requirement is connection to the grid, and trading your surplus,” said the Minister.

In October, in response to President Cyril Ramaphosa’s directives on the Economic Reconstruction and Recovery Plan, the DMRE set a target of 13,814MW to be delivered from a mix of sources. This included the 2,000MW to address the immediate electricity supply gap.

The bid submissions for emergency power closed on 22 December 2020 and attracted a total of 28 bid responses with a potential contracted capacity of 5,117MW. “This clearly demonstrates a sustained private sector interest in participating in the South African energy landscape. The Risk Mitigation IPP Procurement Programme succeeded in attracting project proposals featuring a variety of technology combinations,” said Mantashe.

The quantity and quality of the bid responses and potential megawatt of contracted capacity allowed for a competitive price evaluation: “All compliant bids were subjected to local and international benchmarking which is necessary to ensure that we receive Value for Money as required by the legislation.”

The evaluation process has resulted in the selection of eight Preferred Bids totalling 1,845MW and a further three Eligible Bids totalling 150MW. The three eligible bids are subject to value for money proposition in line with the provisions in the Request for Proposal. “It is important to note that these three bidders are within the 2,000MW capacity threshold in terms of the evaluation rankings, but their announcement can only be made following satisfactory value for money propositions,” said Mantashe.

The preferred bidders are:

The projects in the risk mitigation programme will use a mix of sources:
– three are LNG;
-two are solar plus battery storage;
-two are mix of solar PV, wind and battery storage; and
-one is a LNG/solar mix.
Financial close on these projects must be reached by the end of July 2021.

This bid window is the first to be released in line with the ministerial determination promulgated on 25 September 2020 which seeks to procure 11,813MW of power from various sources including renewable energy, storage, gas and coal.

Of the projects under bid window 5 of REIPPPP, 1,000MW is expected to be awarded to solar PV projects. “Given the energy challenge we are facing, the objective is to get these projects connected to the grid as soon as possible,” said Mantashe.

The closing date for request for proposals for bid window 5 is August 4. 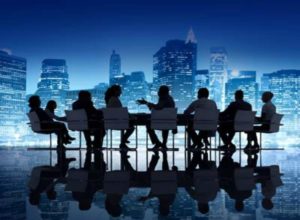