Speaking at the recent Climate Summit in Abu Dhabi, United Nations Secretary-General António Guterres, pointed out that the world is facing “a grave climate emergency” regarding the effects of climate change.

The United Nations News cited Guterres stating that: “Climate disruption is happening now, and it is happening to all of us. It is progressing even faster than the world’s top scientists have predicted.”

He further noted that climate disruption is “outpacing our efforts to address it” with each week bringing “new climate-related devastation” from floods, droughts, heatwaves, wildfires and storms.

According to Guterres, recent reports have surfaced stating that “Himalayan glaciers are melting at double the rate since the turn of this century,” and threatening water supplies throughout Central, South and East Asia.

Moreover, he pointed out that “Arctic permafrost is melting decades earlier than even worst-case scenarios”, threatening to unlock vast amounts of the powerful greenhouse gas methane.

“It is plain to me that we have no time to lose,” warned Guterres, adding “sadly, it is not yet plain to all the decision makers that run our world.”

Even more worrying, “is that many countries are not even keeping pace with their promises under the Paris Agreement,” he added.

The UN chief underlined that in order to keep global warming to 1.5 degrees at the end of the century will require “rapid and far-reaching transitions” in how nations manage land, energy, industry, buildings, transport and cities.

“That is why I am convening the Climate Action Summit in September,” he said. 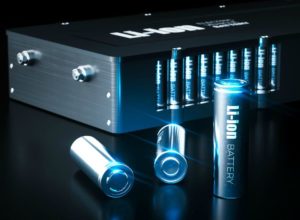