A recent report published by Market Research Future notes that the wave and tidal energy market is expected to witness significant growth due to the projected large-scale commercial array developments.

Painting the market scenario, the research firm explains: “Globally, the focus on developing new renewable energy resources has increased so as to reduce carbon emissions and to provide constant power to the ever growing power demand.

“When harnessed effectively, oceans could prove to be the largest reserves of clean and sustainable energy as well as they could meet the part of global energy demand. Wave and Tidal energy are the two major forms of ocean energy and have huge market dynamics.”

The firm added that: “Wave and tidal energy contribute a lot in generating power in distant remote sites where grid connections can be neither cost-effective nor feasible. Wave and tidal energies are obtained by harnessing the power of tides and waves and they are a constant source of energy due to the gravitational forces of Earth, Sun and Moon.”

ESI Africa interviewed a South African player in the wave and tidal energy space, watch the video below to hear what he had to say.

According to the research firm, “tidal energy, which is a mature form of energy, is broadly classified into tidal stream and tidal range energy that are entailed by construction of barrages. On the other hand, wave energy is a relatively new concept and the sector is expected to witness significant market growth during the forecast period in terms of installed capacity and capital investment.

“Wave and tidal stream technologies have significant potential of reaping benefits of economies of scale.”

Large-scale commercial array deployments of wave and tidal power plants are projected to be followed by massive cost reductions. The market is expected to grow at a CAGR of 10.2% during the forecast period, the report summary said.

The market needs constant financial and policy support from governments for brisk commercialisation and technology development.

The report includes historical and projected market size in terms of value, technological advancement, macro economical and governing factors in the market.

The study’s geography examines 15 countries with a look at the regulatory  landscape, pricing analysis and macroeconomic indicators.

View more information on this report. 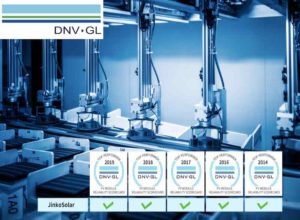