Next generation utility Bboxx has announced the appointment of former UK Minister and MP Nick Hurd as a senior adviser, as the company gears up towards the next phase of its growth journey.

As part of this new senior role, Hurd will advise the company on projects involving political and multilateral engagement with key stakeholders and overseas governments.

Commenting on his appointment, Hurd said: “It should be quite unacceptable that in 2020 500 million people in sub-Saharan Africa still live without access to electricity and many more rely on polluting fuels to cook. I am really delighted to join a great team at Bboxx that has a passion for changing that. Success requires more effective partnership between entrepreneurs, governments, and providers of funding: I look forward to working with others to help drive the change we need to see.”

Mansoor Hamayun, CEO and co-founder of Bboxx, added: “Nick Hurd has come on board at a pivotal time for our business, as we celebrate our tenth year and enter the next phase of our ambitious growth trajectory. We have some exciting announcements in the pipeline and we will be working with Nick to leverage his deep political expertise in climate action.

“As we continue on our mission to transform lives and unlock potential through access to energy, working with Nick is another confirmation of our commitment to accelerating progress on meeting UN Sustainable Development Goal 7 – clean energy for all.”

Hurd served as a Member of Parliament in the UK for 14 years before standing down in December 2019. During that time, he served three different Prime Ministers as a Government Minister over more than eight years. His experience includes service as UK International Development Minister at the Department for International Development (DFID), where he led the Energy Africa campaign to support the acceleration of the off-grid movement.

He also served in the Department for Business, Energy & Industrial Strategy (BEIS) as Minister of State for Climate Change and Industry, and in the Cabinet Office as Minister for Civil Society.

According to Bboxx, Hurd joins the company at a time of significant expansion, as the business aims to scale further by working with partners – from governments, to investors and major global corporations – to provide its products and services to many more people.

This follows the company’s milestone of having positively impacted over one million lives through access to energy, as well as its successful $50 million Series D funding round led by Mitsubishi Corporation last year, and a joint venture with EDF in Togo, among other key deals. 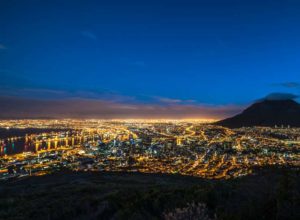