Germany and Niger have agreed to establish a hydrogen exploration partnership that will benefit West Africa.

This hydrogen partnership will work through the joint research centre – the West African Science Service Centre on Climate Change and Adapted Land Use (WASCAL) – which was established by the German Federal Ministry of Education and Research (BMBF) in 2012 as part of the German Federal Government’s Africa Strategy.

A total of 11 African countries (Benin, Burkina Faso, Cape Verde, Ivory Coast, Gambia, Ghana, Mali, Nigeria, Nigeria, Senegal and Togo) are integrated into the WASCAL network and each country pursues regionally adapted research priorities based on different aspects of sustainable land management under the influence of land use and climate change. The BMBF has assured continuation of the graduate school programme and a commitment to hydrogen as an energy carrier of the future.

Nigerien research minister Sadissou said: “WASCAAL and the BMBF have been working together successfully for almost ten years and have already enabled 200 young scientists to quality in ten interrelated topics on climate change, to support hydro-meteorological observations stations and to provide customised models and information for politics and local adaptation strategies to work.”

The WASCAL network has also launched a research biogas laboratory at Lomé University meant to deepen knowledge on climate change and its impact on land use in West Africa.

Exploring the potential of hydrogen in Africa

Karliczek explained that Germany sees Africa as a continent of opportunity and green hydrogen as the oil of tomorrow. “I am therefore very pleased that we laid the foundation for a hydrogen partnership today. It holds great opportunities for everyone involved: for West Africa, for Europe and for Germany.”

“We launched an atlas of potentials on green hydrogen in West Africa and expert teams have started their work in the 15 ECOWAS countries. We want to publish the potential atlas by the end of the year,” explained Karlickzek.

She said Germany wants to intensify the cooperation between her country and West African countries through the WASCAL network.

“This includes our successful graduate school programme, which has so far produced around 350 graduates in disciplines such as food security and water management. In addition, with the new construction of the WASCAL competence centre in Burkina Faso we will set up a high-performance research infrastructure of climate and environmental data,” said Karliczek.

Also last month, the BMBF launched the broader H2Atlas-Africa project in partnership with a consortium of various African research institutions to explore the potential of green hydrogen production from the vast renewable energy sources on the African continent.

The Southern African Science Service Centre for Climate Change and Adaptive Land Management – a partnership between Angola, Botswana, Namibia, South Africa, Zambia and Germany – will be doing exactly the same project, establish where hydrogen projects would be feasible on in the southern part of Africa. 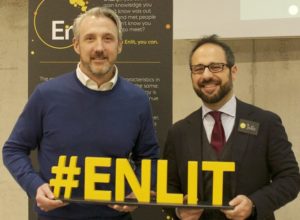