Renewable energy is an important component of Africa’s economic future and is destined to replace polluting power generation sources such as coal and oil.

This transition will be greatly helped by efficient energy storage, which is also quickly dropping in cost. Seydou Kane, Managing Director at Eaton South Africa discusses the importance of storage in Africa’s renewable power mix.

At the same time, banks such as Standard Chartered and Nedbank have announced that they will stop financing new coal power stations.

All this is not too surprising, considering that South Africa is one of the biggest carbon emitters by volume and faces pressure from the international community to significantly lower its carbon footprint.

During his keynote address at the African Utility Week and POWERGEN Africa conference, the then Minister of Energy, Jeff Radebe, affirmed the important role that renewable technology would have in the energy mix going forward, particularly as it is coupled with storage capacity in smart grid systems.

During the same conference, Terje Osmundsen, CEO of Empower New Energy predicted that the energy sector in sub-Saharan Africa could be 100% renewable by 2050, and consist mostly of solar and wind power. This will have the added benefit of increasing energy jobs from 1.2 million to five million in a much more competitive and decentralised market.

It’s not an unrealistic ambition, but one that needs to be supported by the efficient and cost-effective storage of large volumes of electricity. Without widespread energy storage capacity, supplying end-users would be difficult during periods of low production (such as at night and during bad weather) and be left vulnerable in the event of power outages.

Until recently, batteries were considered too expensive and limited in the amount of energy they could economically store.

However, in a way very similar to the steady drop in cost for solar cells – energy storage is now becoming quite affordable – making renewable energy overall more economical and reliable than traditional power sources, with the added advantage of being capable of deployment to smaller, remote locations.

This growth is currently led by regions like China, Europe and the US. While battery storage still accounts for a small portion of the total power market, this is changing fast, as lithium-ion battery prices drop from $280/kWh in 2018 to an expected $73/kWh or less by 2030.

The writing is on the wall. For example, Germany, which reported that its renewable industry had surpassed its coal industry for the first time this year, expects to shut down all its coal plants by 2037, converting these facilities into renewable energy sites.

This trend bodes well for Africa where similar to the leapfrogging of landlines straight to mobile phones, communities will bypass the multi-billion-dollar central power station models, and roll out more affordable, cleaner, safer and easy-to-use renewable energy grids and microgrids. This will drastically speed up the delivery of reliable electricity to all African citizens, including those who are still disconnected.

Eaton’s microgrid in Wadeville, Johannesburg is a true example of what can be achieved from a smart system of renewable energy, power management and energy storage technology.

This commercial microgrid generates, stores and distributes power and operates either independently or alongside the primary utility grid, supplementing energy supply to the site, and easing the burden on the national grid and regional infrastructure.

Commissioned in March 2018 at Eaton’s BBBEE level 1 rated low and medium voltage systems manufacturing facility in Wadeville, the microgrid has yielded more than 30% reduction in energy costs and a total operational cost savings of 56.5% in just the first full year of operation. The plan avoided production losses worth more than R1.2m by being able to run even during grid power outages.

The transition to renewable energy has accelerated in recent years, led by the rapid evolution and falling costs of these clean energy sources.  As a result, the energy system is moving rapidly from a centralised to a distributed structure and according to a recent Bloomberg New Energy Finance economic study commissioned by Eaton, this trend will only accelerate. This brings new challenges for grid operators and at the same time opportunities for a growing community of energy prosumers.

With steady improvements in storage technology and solar panels, these savings can only get better, and while local grids won’t ever replace the crucial role of a stable national utility, it will offer consumers the flexibility to control their costs as well as limit the burden on the environment.

At , we are dedicated to improving the quality of life and the environment through the use of power management technologies and services. Our offerings such as energy storage, microgrids, and green switchgear are helping enable this transition to the desired energy future – today.

Eaton is a power management company with 2018 sales of $21.6 billion. Its energy-efficient solutions help customers effectively manage electrical, hydraulic and mechanical power more reliably, safely and sustainably. The company is dedicated to improving the quality of life and the environment through the use of power management technologies and services. Eaton employs 99,000 people worldwide and sells products to customers in more than 175 countries. For more information, visit Eaton.com.

About Eaton in Africa

Eaton has been in Africa since 1927 with offices in South Africa, Kenya, Ivory Coast, Morocco and Nigeria, with 200k ft² of manufacturing space located in South Africa and Morocco. A certified BBBEE Level 1 contributor in South Africa, Eaton offers a broad portfolio supplemented by “made for Africa” products and solutions. Eaton has over 700 employees and numerous distributors across the region, allowing us the opportunity to help our customers grow and provide sustainable economic benefits to the communities in which we operate. For more information visit www.eaton.com 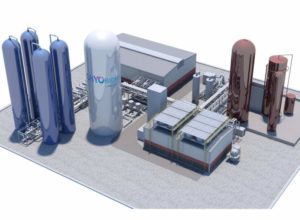