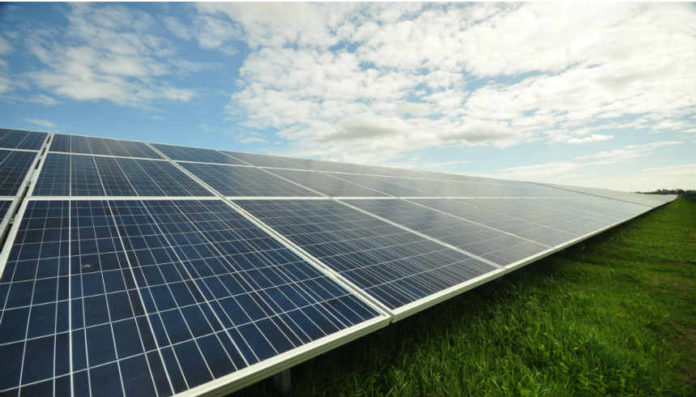 President Roch Marc Christian Kabore, is today expected to inaugurate a 33MW solar power plant in Zagtouli, located on the outskirts of the capital Ouagadougou.

According to the Citizen, Kabore will be joined by his visiting French counterpart Emmanuel Macron, whose country partially funded the construction of the facility.

The French-based power firm Cegelec, is reported to have built the facility, designed to be a pilot scheme.

“For the past six weeks the plant has been in a test phase with production of 14MW, and will reach a peak of 33MW during December, sufficient sunshine permitting,” said the site’s construction manager, Stephane Nosserau.

The plant, which has one hundred and twenty nine thousand and six hundred 260-watt solar panels, are capable of annually pumping out 56GW, equivalent to 5% of current production into the network of national power firm Sonabel, Nana said.

He continued: “We import energy from Ivory Coast and there have been difficulties obtaining supplies at times.

“That is why we decided with financial backers to provide Sonabel with a source of energy from photovoltaic panels to respond to the public’s needs, which are growing at an annualised 13%,” he explained.

The Citizen reported that the Zagtouli solar power plant was funded through donations from the European Union and France’s development agency.

“With the financing terms that we have, the price per kilowatt-hour is considerably cheaper than for thermal production, which will allow us to reduce operating costs within Sonabel,” Nana said.

Energy produced by the Zagtouli plant will cost some 45 CFA francs ($8.4 cents) per kilowatt-hour.