Amidst the current attention on climate change, it’s clear that the avenue to reducing concentrations of greenhouse gases (GHGs) in the atmosphere to a sustainable level must include a discussion on energy use in emerging markets and more developed economies.

Reductions in GHGs in major economic blocks such as the US, China, Western Europe and Russia are not sufficient in limiting temperature increases to 2.7 degrees Fahrenheit in the atmosphere.

A quick session with the MIT En-ROADS simulator provides a clear-cut way to see how hard it will be to limit temperature rise to 2.7 degrees Fahrenheit in the atmosphere if we only reduce GHGs in major economic blocks such as the US, China, Western Europe and Russia.

Our future depends on the path taken by some of the fastest growing economies of Asia and Africa. India, Indonesia, Bangladesh, Pakistan, the Philippines, Nigeria, Kenya, Tanzania and more will need to take massive steps to decarbonise existing energy systems and develop within the most sustainable means possible, preferably with zero-carbon emissions profiles.

Populations are growing rapidly in these economies, with Africa’s population alone expected to increase by 801 million people by 2040. Globally, 860 million people have no access to electricity while approximately one billion have limited access.

In areas where access has been increased, the cost for subsistence-level consumption (30kWh per month) is unaffordable, representing more than 5% of monthly income. It’s clear that a carbon-intensive pathway to energy access will be disastrous for these populations and the entire planet, and likely results in higher-cost solutions.

More developed countries will play a critical role in this journey by transferring innovative low-carbon technologies and providing financial mechanisms to implement change.

There are three main hurdles that must be overcome in order to solve this emerging market energy access challenge.

First, new energy generation sources in the form of wind, solar and storage must be created at lower life-cycle costs than the conventional carbon-intensive process.

While some may challenge the fairness of forcing developing countries (those who have not been major contributors to our current climate change predicament) into low-carbon electrification pathways, carbon-free energy generation has the added benefit of eliminating the fuel price and supply volatility that has historically plagued the balance of trade for many emerging economies without access to domestic resources.

The second hurdle requires a shift from infrastructure development based on central electricity generation to one where supply is widely distributed and locally managed, making it more scalable over time.

Given the latest technological advances in distributed generation and related controls, the idea of building a 1,000MW power station and then investing in thousands of miles of transmission and distribution lines to deliver the power to market is a proposition that most countries can neither afford nor justify economically.

Technologies such as micro-grids with advanced controls and smart metering enable instantaneous allocations of electricity based on economic drivers and social needs. The rapid growth of micro-grids, largely powered by solar and storage (with back-up diesel or biofuels generation where needed) has provided a massive new opportunity for the private sector in many African, Asian, and island communities.

Financing markets are evolving to support micro-grid development with pre-pay and mobile-pay features. As many as 10 venture- and private equity-backed developers are scaling and integrating advanced technologies to improve efficiency and reduce the cost of energy access.

Distributed electricity has other benefits; for example, during off-peak hours, low-cost electricity can be used in remote areas for electrolysis to make hydrogen and derivatives of hydrogen for clean transportation fuels and even fertiliser production.

Beyond the use of renewable solutions in a distributed model, the third critical element to ensure sustainable growth in emerging markets is the digitalisation of energy.

Digitalisation allows for the synchronisation of generation, delivery, and use of energy to optimally manage load. Some estimates indicate that energy consumption in emerging markets could be cut in half if economic incentives were combined with digital management of the grid, enabling a larger proportion of the population to be served with minimal incremental cost.

In emerging markets where System Control and Data Acquisition (SCADA) systems are antiquated or ineffectively used (they are often ineffectively used even in the US), low-cost distributed and digital management systems will lead to more efficient use of energy.

This is not to imply that automated metering infrastructure (AMI) or other large-scale IT systems must be exported to emerging markets, a cost-prohibitive solution for many countries with lower-bandwidth and fewer skilled technicians, but that the solution must be applicable to the situation.

Smart metering solutions for micro-grids as well as central distribution utilities where electricity metering is limited or inoperable would make a world of difference in improving the efficient rationing of resources over a given time period.

Such systems ensure that payment is received by large distribution utilities, helping prevent insolvency, a common issue in emerging markets. Increasing the reliability of these utilities by even just one or two hours through more effective load management will make a tremendous difference in the lives of these populations.

Climate change is predicted to have the largest impact on low-income populations and developing countries that cannot afford the extreme costs that come with the consequences of global temperature rise.

In considering viable solutions for energy use in emerging markets, coupling deployment of a smart, distributed grid with renewable generation conquers two challenges at once: electricity access for developing countries with lower costs and faster delivery, and mitigation of GHG emissions globally.

Such an efficient and well-structured system would allow these communities to prosper with long-term growth in mind and avoid amplifying the global climate crisis. To make this happen, it is incumbent upon more developed countries to provide the know-how, financing and institutional structures to support this transition to facilitate our global climate action goals. 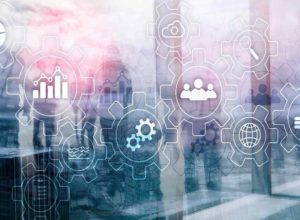