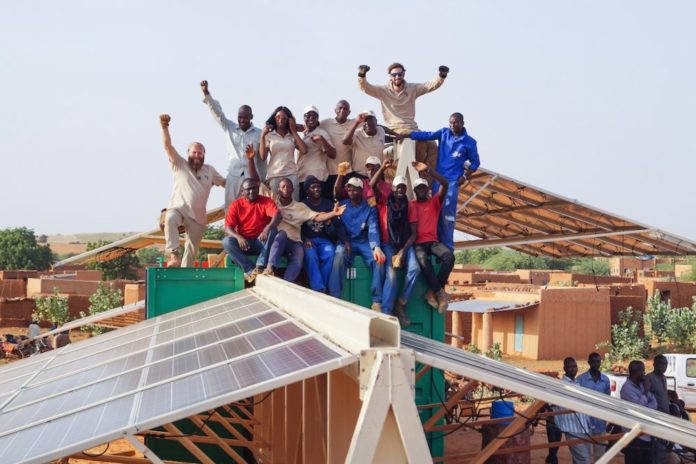 A German start-up has commissioned its first solar container in the Tahoua region of Niger, a thoroughfare for nearly 90% of African refugees.

Africa GreenTec, has designed a unit that relies on a mobile 41-kWp solar photovoltaic installation and a 60-kWh battery storage system to provide electricity to the village of Amaloul Nomade, which is not connected to the national grid.

The construction, transport and installation of the 40-foot solar container was made possible by private investors and the International Climate Initiative (IKI).

Investment addresses the causes of flight

Due to the significant amount of traffic passing through Niger, the German federal government was prompted to focus on Niger as well as Mali in its efforts to mitigate the causes of flight to Europe.

The start-up said explained in a statement: “The solar container is being installed as part of a programme to promote climate partnerships with the private sector, which is being conducted by the German Investment and Development Company (Deutsche Investitions- und Entwicklungsgesellschaft mbH (DEG) as part of the International Climate Initiative (IKI).

“The German Federal Ministry for the Environment, Nature Conservation, Building and Nuclear Safety (BMUB) is supporting the initiative on the basis of a decision by the German Bundestag.”

“We can offer the local people a bit of comfort, access to education and knowledge, and new prospects – today, all of these things are especially dependent on a reliable supply of electricity,” said Torsten Schreiber, Founder and CEO of Africa GreenTec.

Schreiber added: “Rather than just discussing the causes of flight, our joint investment in Niger effectively combats them.”

The private venture added that the village now comes alive under the glow of electric lights. Residents use the electricity for radios, televisions and fans. Children go to school in the evenings, and tradesmen, hairdressers and café owners improve their businesses with electric devices.

In contrast to diesel engines, renewable energy provides residents with a cheaper, cleaner and quieter source of power, and frees them from reliance on diesel deliveries, which are often delayed and expensive.

To ensure that the installation runs smoothly and sustainably, Africa GreenTec has hired a guard and an electrician, who will receive training from the German social enterprise.

A supervisor from the regional capital of Tahoua will also care for the installation.

The output and condition of the system can be checked via satellite from Germany.