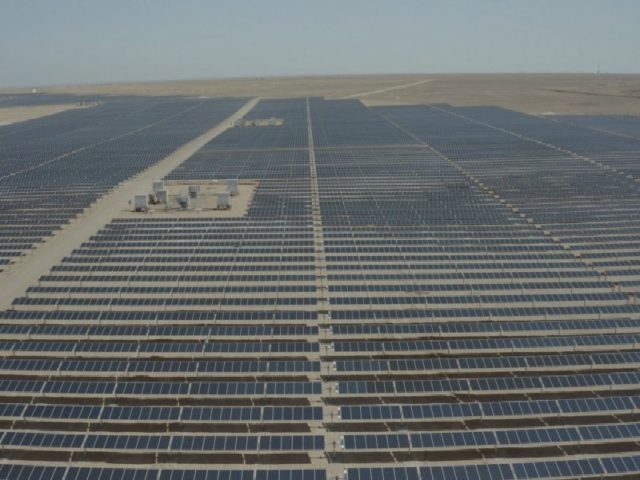 ACWA Power and the National Electric Power Company (NEPCO) in Jordan have announced that the 50MW Risha Solar PV Independent Power Plant (IPP) has commenced commercial operations as of 1st of December 2019.

The power purchase agreement for Risha PV was initially signed by ACWA Power and NEPCO in 2017, setting the lowest tariff for renewable energy in Jordan at the time (0.042 JD/kWh).

The Risha PV IPP was developed in line with the ambitions of the government of Jordan to attract investment and ensure a 20% contribution of renewable energy in the total energy mix of the country by 2020.

This project is estimated to generate around 115 GWh per annum and will pave Jordan’s future path for economic growth. NEPCO is keen to uphold its commitment of deploying renewable energy projects while sustaining the reliability and stability of the country’s electrical system.

“Through utilising existing infrastructure, NEPCO was able to reduce the overall costs of the project and increase its efficiency. Moreover, this project will benefit the adjacent local communities, by creating jobs, and contracting services from local companies. This project is one of the many investments made by ACWA Power in the Jordanian energy sector, and we are confident in the success of our partnership with them,” said Amjad Rawashdeh, managing director of NEPCO.

Thamer Al Sharhan, managing director of ACWA Power, said: “Jordan … has immense growth opportunities as it seeks to diversify its energy mix and secure a sustainable power supply, and we look forward to continuing our contribution into the socio-economic development of the country and the welfare of its people through the Risha PV project that will be operational as per the specified timeframe in the contractual agreement.

“ACWA Power is proud to have been entrusted with the delivery of the Risha PV IPP based on our considerable international expertise in the solar power generation sector. Reaching COD within the specified time frame indicates our commitment to reliably delivering clean energy at affordable tariffs for Jordan and adds to our extensive portfolio of renewable energy projects across the region.”

Al Sharhan added: “The project will be managed and operated by distinguished local talent trained at highest industry standards of efficiency and professionalism. The Risha PV plant is a key addition to ACWA Power’s portfolio in the renewable energy sector. We look forward to expanding our investments in the energy sector in the Kingdom – one of the most mature and developed markets in the field.”

The Risha PV plant is located in Risha Area, Mafraq Governorate (300km north-east of Amman). With a capacity to power approximately 12,000 households every year, it will support the country in increasing its renewable energy capacity and reducing its reliance on costly hydrocarbon imports in addition to saving 1.5 million tonnes of carbon dioxide over 20 years.

The Risha PV IPP was financed by a number of renowned international and regional financial entities including the European Bank for Reconstruction and Development, Deutsche Investitions- Und Entwicklungsgesellschaft Mbh and Arab Bank.