A challenge in many African countries is high levels of loadshedding and power outages. When the power comes back, you need a device that will pair first with the meter and thereafter join to the DC power line.

This is according to Harold Hayes, who conducted a technical presentation during a discussion titled Experience and developments of G3-PLC technology for smart grid in Africa.

Hayes noted that there is always talk about G3-PLC, DLMS and all other components. “It’s important to pick out the component, which is specific to the G3. And then the DLMS and RLM; all wrapped up together on top of this. Once you have a perfect solution, all three of these need to be certified to ensure that you have interoperability.”

Hayes explained that Landis+Gyr picked G3-PLC because it is an open interoperable standard. “Our focus is on interoperability, ensuring that we have future proof, and high on reliability.”

“If you have G3-PLC, are you interoperable? If not, you need to add DLMS and IDIS and then interoperability is there. That’s one of the lessons learned,” he added.

He underlined some of qualities of the technology as “broken down into low switches and other devices such as home sensors, not just metering, and security is built into the G3-PLC”. He stressed that when implementing G3-PLC, “we’re not going to switch off the existing PLC that is in the field”.

Joining the conversation, Eskom’s Senior Advisor – Demand Side Management, Research, Testing & Development Business Unit, Shawn Papi said: “When G3-PLC started to emerge in the early 2000s, offering us OFDM [orthogonal frequency-division multiplexing], we decided to specify it as part of our 2016 smart prepayment rollout incentive in Sandton. To date, we have about 36,000 or so meters that are operating using G3-PLC.”

Based on the success of the technology, according to Papi it became the “de facto PLC technology used within Eskom. The main drivers were certainly the healthy ecosystem of products that G3-PLC has and of course the struggles that we had with S-FSK [spread frequency-shift keying] in some areas. G3-PLC provided us with an improvement.”

The diagram is very relevant to where we are coming from, especially being metering experts and not really telecommunication experts, we needed some convincing, he says.

He continued: “We set out to do our own measurements in field just to compare the modulation that’s offered, or the bandwidth that’s offered by both technologies. We could clearly see that PLAN in most cases just offer one carrier and if noise blocks out that particular carrier frequency, then we lost communication.”

Meanwhile, G3-PLC offers up to 36 carriers, this really brings the robustness that we require, said Papi.

In Africa, it seems we need to see it to believe it, said Papi adding that part of the experiments were to communicate to their colleagues that it is possible to deploy G3 PLC. “So we set up a PC with the DLMS client and we got a few samples and built a G3-PLC network.”

Listen to the broadcast for Eskom’s three key findings

On behalf of the G3-PLC Alliance, Kevin Jones, Principle Applications Engineer at Renesas Electronics Europe, talked about the recent developments in G3-PLC and hybrid solutions.

Jones said over the last year, the Alliance has been looking at the broadcasting mechanism and the routing protocol itself. The G3-PLC uses a mechanism called LOADng, he explained. “The concept is, if we consider the pan coordinator [figure 1] being the master of the network, and it wants to exchange some communication with a peer device or a target device somewhere down the network.”

Jones continued explaining: “The first thing it needs to do is establish a route. We will send a route request frame broadcasted onto the network with the address included in the payload or the frame. All of the devices within the green circle will receive this frame, they’ll analyse the line quality and they’ll add that information and propagate the frame through the network.

“The group of devices in the red circle; they hear that brain, they add their information, they propagate it within their personal operating space. Then eventually we get to the purple circle, where we’re able to then broadcast the frame to the target device. That then receives a few frames analyses the best link, and sends a message backup through the network to establish a route.”

Giving insights into the results, Jones revealed: “What we found is that in very dense networks, if we consider dense networks to be around 500 notes, you can see that a single route request can easily become 500, 600, maybe even more frames on my network. That causes collisions, it causes channel congestion.”

Jones stated the Alliance has been looking at methods to reduce that and increase the efficiency. Some of the methods include jitter, trickle and cluster-head. ESI

Listen to the broadcast for more on the three methods 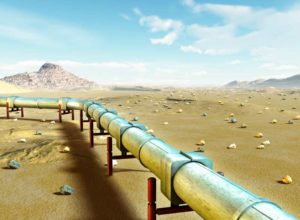