The Nigerian Electricity Regulatory Commission (NERC) notes that over 7 million customers are currently unmetered as indicated by customer enumeration data.

It is also estimated that an additional 3 million meters are currently obsolete and due for replacement.

The Commission also highlights that the existence of a large population of unmetered customers contributes to threats affecting the financial viability of the Nigerian Electricity Supply Industry (NESI) as unmetered end-use customers have expressed deep dissatisfaction with the estimated billing methodology.

The revenue assurance objectives of the electricity distribution companies (DisCos) have also been challenged by being unable to properly account for the utilisation of electricity by end-use customers.

The Meter Asset Provider (MAP) Regulations came into force on 3 April 2018 to respond to the aforementioned challenges.

In addition to the MAP, the Commission received additional policy support with the approval of the implementation of the National Mass Metering Program (NMM) by the federal government in the fourth quarter of 2020. The key objectives of NMMP are:

a. Increase metering rate in NESI;

b. Elimination of arbitrary estimated billing;

The Central Bank of Nigeria (CBN) released the framework for financing NMMP in October 2020. The framework outlines the operational modalities for CBN financing support to DisCos and local meter manufacturers.

According to NERC, aforementioned regulatory and policy initiatives have the combined effect of removing the bottlenecks that had previously impeded the rapid deployment of meters to unmetered end-use customers in NESI.

However, the Commission says it started receiving complaints from metered end-use customers in the fourth quarter of 2020, when all stakeholders were preparing for the implementation of NMMP, that they had been served meter replacement notices by DisCos. These customers also complained about the following:

News from our archives:
Investment in metering will reveal electrification rates in Africa

In response to these complaints, the Commission explained referring to Distribution Metering Code (DMC), which states that “the Distributor may replace metering equipment for which it is responsible at any time after it has been installed, subject to the provisions of DMC. The Distributor shall notify the user in advance of any replacement, unless that replacement is provided as part of urgent metering services”.

To this end, the Commission has made the following orders:

DisCos shall grant priority to the metering of unmetered customers under the National Mass Metering Programme.

DisCos may replace faulty/obsolete meters under the National Mass Metering Programme but these replacements must be done in strict compliance with the Metering Code and other regulatory instruments of the Commission.

DisCos shall inspect meters of metered end-use customers and the replacement notice shall contain the following:

·      The Commission shall be copied on all replacementnotices issued to end-use customers for the purpose of conducting randomreviews of the replacement exercise.

·     The customer and DisCo representative shall jointly note the units on the meter being replaced and the customer must be credited with these units within 48 hours after the installation of the meter.

·     Customers shall only be billed for loss of revenue where the DisCo establishes meter tampering, by-pass or unauthorised access as contained in NERC Order/REG/ 41/2017 on Unauthorised Access, Meter Tampering and Bypass.

·     Activation tokens shall be issued to customers immediately after replacement of the faulty/obsolete meter.

·     DisCos shall file monthly returns with the Commission on the replacement of faulty/obsolete meters along with their proposal for the decommissioned meters.

“This order may be cited as the Order on the Structured Replacement of Faulty/Obsolete Meters of End-Use Customers,” NERC concluded. 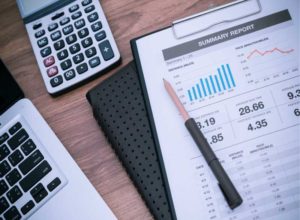