Thirteen African governments have provided free electricity for poor households and electricity consumers to help them during the COVID-19 crisis. This paper presents a brief overview of the specific measures in these countries, tackles related issues and challenges, and benchmarks similar social interventions elsewhere in the world.

Thus far, similar steps have not been taken or implemented in any of the East or Southern African countries, although it should be noted that South Africa already has a programme. The Free Basic Electricity (FBE) programme provides limited (50kWh per month of) free electricity to poor and vulnerable households.

The recently announced measures for free electricity in the above-mentioned countries are almost the same, with some variations. For all these countries, free electricity is offered to the utility lifeline or social tariff category, as well as to lowest-consuming households, for a period of 2 to 3 months.

Only Burkina Faso, DRC and Ghana have extended free or discounted electricity to other categories of customers. However, the level of consumption and technical criteria for the social category differ from country to country. In most of these countries, the thresholds range from 40kWh to 150kWh per month. The number of beneficiaries represents 30% to 60% of all electricity utility customers.

It is important to mention that the implementing entities are government-owned utilities with a stressful financial situation; very few are fully corporatised or privately managed. Some governments announced the budget or cost of the electricity relief measure (between $5 million and $172.5 million) while others have remained silent. Importantly, the timing of disbursement to the utilities remains a pending question while liquidity is a critical need to keep the lights on.

Although free electricity is intended to help the poor or most vulnerable households, it fails to cover a large proportion of the population in the listed countries. In sub-Saharan Africa – including in the above countries – people without access to electricity represent 30% to 85% of the population, and access rates among the poor are especially low.

If, during the period of school closures due to the COVID-19 pandemic, courses are offered by radio, TV or internet, then the non-connected poor will suffer the most, missing the opportunity due to a lack of electricity.

Implementation of the electricity relief measures may face technological, technical and management challenges.

Alternative energy sources for the non-connected are costly, and many of them have negative health effects. A 2016 Overseas Development Institute (ODI) report estimates that rural families across Africa spend 10% of household income for 4 hours of light at night using kerosene, torches and candles, whereas electricity represents, on average, 5% of connected households’ income.

Kerosene, the dominant energy source for lighting in rural Africa, costs around $1-1.3 per litre. Sometimes the price is higher in rural than in urban areas. UNEP statistics show that households consume around 9.5 litres of kerosene per month.

The implementation of the electricity relief measure may face technological, technical and management challenges. For example, utilities employ differing post-paid and prepaid metering technologies and associated management software. Prepaid meters have been deployed in Africa over the last 20 years, assisting both utilities (in loss reduction and revenue collection) and customers (in financial convenience and utility relations).

The granting of free electricity to prepaid customers might first be challenged by their estimates of average consumption. Second, some utilities own or master their management software while others rely on remote suppliers for customisation, parameter updates, and maintenance. Two utilities, CIE in Ivory Coast and Senelec in Senegal, quickly provided an access telephone code with instructions for receiving the credits for a fixed number of kWh, which is an easy and safe method.

In other countries such as Chad and DRC, people were requested to go to customer service centres to collect their credit tokens. In addition to transport expenses, it created fresh contagion risks during the lockdown period as people rushed and crowded the outlets.

The utility SNE in Chad had to suspend this activity for a few days to reorganise. Further, in several countries, a significant number of households use a shared or secondary connection through one meter to avoid prohibitively high connection fees.

These connections are often made without safety measures and appropriate standards. They are viewed in the utility database as a single ‘big/large’ consumer charged at a higher tariff, hence not eligible for the free electricity supply, even though composed of small poor households which are the targeted beneficiaries.

The timing of disbursement to the utilities remains a pending question while liquidity is a critical need to keep the lights on.

In Benin, a GIZ study in 2010 revealed that each existing connection was shared by 2.5 households and that 95% of non-electrified households were willing to share a connection. In Togo, utility CEET has for the last four years engaged in adjusting those connections, to clean up neighbourhood grids and secure consumers. In 2017 that exercise updated more than 13,000 connections.

In some countries, there are still non-metered customers billed on a rarely updated lump-sum basis. In DRC these consumers will be granted the free electricity bonus based on the ministerial decree of 7 March 2009. In general, the non-metered customers tend to consume more kilowatt-hours than estimated by the utility, and the free electricity supply measure may accentuate this behaviour.

The Guinea utility EDG faces a combination of these metering challenges. Out of approximately 500,000 utility customers, 20% have a meter and only 1% with a prepaid technology convertible to post-paid. This means that around 400,000 unmetered customers are billed on a lump-sum basis, 95,000 receive a proper bill based on their real consumption and 5,000 purchase electricity in advance.

Even with prepaid meters, some customers manage to be converted to post-paid with the ‘help’ of technical staff. One month after the granting of the free electricity bonus, EDG has not yet implemented it for prepaid customers. The complaints remain under control only because of the small number of such customers. Reports say that the problem is disagreement on the proper basis (6 or 12 months) for calculating average monthly consumption.

On the management side, the absence of adequate commercial and technical information on each customer is another challenge, making it difficult to categorise customers and offer services accordingly. In theory, each electrical connection should be characterised by a ‘triangle’ of information from three key elements: the customer, the property and the meter.

The reality is that only meter information is generally available in the utility’s database. Customer details and property characteristics are very limited or absent. Further, information about the feeder supplying the connection is unknown; hence it is impossible to draw up load profiles.

These factors have resulted in a large proportion of households (60% to 90%) benefitting from the gratuity, as the ‘social’ category combines consumers from both the formal and informal sectors, different levels of income and vulnerable households, and those impacted by the crisis and those not. Also, few customers have their phone numbers registered with the utility, something which would have facilitated the transmission of prepaid kWh credits.

Finally, considering all the above, the cost figures provided during the announcements will need to be verified. In Ghana, energy think tanks have already expressed their doubts, estimating the subsidy to be three times higher than what the government has budgeted for (about Ghana cedis 1 billion or $172.5 million). In Guinea, on the other hand, figures were revised downward, almost four times lower from an initial GNF 456 billion ($48 million) to GNF 126 billion ($13.5 million).

Free electricity supplied as a social relief measure during the COVID-19 crisis has been highly welcomed by its beneficiaries in the thirteen African countries. However, this measure raises issues of equity or social justice, since it is a relief intended to utility customers only. There is still a large population without electricity in Africa, mostly poor, who struggle to afford either off-grid solutions or costly and polluting household fuels. Social relief measures should aim to either be broad and inclusive, or targeted at identifiable people impacted by a specific crisis or event.

Crisis interventions should also be made in addition to existing mechanisms designed to help vulnerable households with essential needs, including electricity. Implementing a free electricity supply is also a major challenge for the concerned power utilities in sub-Saharan Africa, due to prevailing technical and management issues.

But the COVID-19 crisis may also represent an opportunity to identify shortcomings and draw lessons for improvements and upgrades. For instance, efforts should be made to conduct a customer census – to be replicated and updated regularly at a small scale, per region or location – and to install adequate metering in all customer premises as well as into distribution feeders while linking this information in the utility’s database. Not only would utilities better serve their varied customers, reduce losses and improve their revenues, but such action could also ultimately facilitate policy decision-making. ESI 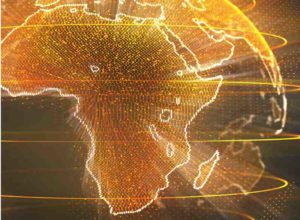