The company’s top executives recently appeared before parliament’s committee on mines and energy and have expressed their willingness to invest in aviation, locomotives, power and healthcare, reports the African Independent.

Max said: “We want to provide financial and technical support to the government. Zimbabwe is facing challenges because of limited financial resources.

“As a Zimbabwean I know my country is generally misunderstood. We want to demonstrate to the world that there are opportunities in Zimbabwe.”

According to media, Max said he was optimist that GE’s goodwill visit would culminate in investment opportunities.

He said: “We want to engage in the Batoka Power Plant, which is a game-changer for Zimbabwe. We also want to install mini hydro-power stations because Zimbabwe is blessed with a large density of dams.” Read more…

The proposed S$1.6 billion station is expected to generate 1,600MW of hydropower from the Zambezi river which runs between Zimbabwe and Zambia.

Max further highlighted that GE had previously supplied turbines and generators and played a key role in the rehabilitation and refurbishment of the Kariba South power station.

It has also worked at Hwange Power Station in close partnership with power utility Zesa Holdings. 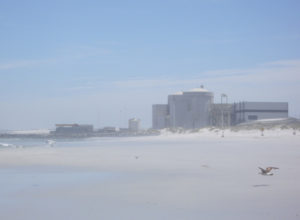