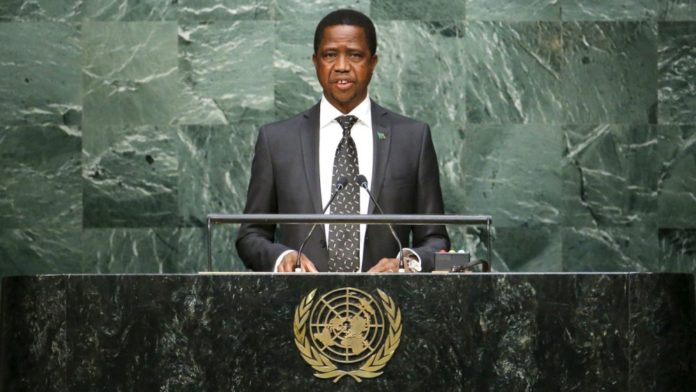 Addressing the Itezhi-Tezhi residents, Lungu said government is committed to making the country an energy power house in the southern African region.

“This is being achieved through several key projects aimed at addressing the entire power system infrastructure including generation, transmission and distribution.

“The commissioning of the 120MW Itehzi-Tezhi hydropower project demonstrates my government’s unwavering efforts to ensure the country has the much needed energy security,” he said.

[quote]Lungu also advised the energy and water development minister, Dora Silya, to ensure that all the remaining electricity projects are completed in efforts to boot the country’s generation capacity.

Times of Zambia reported that the $142 million hydropower project, began construction in 2011 with funding from the Development of Southern Africa and other banking institutions.

The media also reported that the Itezhi-Tezhi Power Corporation is a joint venture company between Tata Zambia and Zesco, the country’s state-owned power utility.

In addition the president noted some of the factors contributing to the power supply challenges, stating that his current position as president has nothing to do with the situation at hand.

“The energy crisis we face today is neither a product of four years in power as PF nor a creation of Edgar Lungu’s one year as President.

“We found a crippling power deficit, but it remains one of our top priorities to ensure that the country has sufficient electricity to power homes and industries,” he reassured the nation.

He then called on stakeholders at the Maamba coal-fired power plant under construction in Sinazongwe District to complete the project before the end of July this year.