Maamba Collieries is working flat out to meet the nation’s peak season energy requirement with demand increasing in winter.

Additional energy requirements include heating, hot water, farm irrigation as well as industry as the nation slowly resumes life in the new normal.

The country’s only coal-fired thermal power plant, which provides 24/7 ‘baseload’ power, has been operating continuously at 100% capacity for the last two months, achieving an average of 91% availability since the start of the year, a company statement asserted.

Shankar continued: “We are committed to maintaining full capacity and providing a reliable energy source for industry, agriculture and households that is independent of the vagaries of climate conditions and operates day and night.”

He said the high availability of the thermal power plant in Sinazongwe contributes to reducing the power deficit being experienced across the country, with resulting support for the economy.

Zambia relies heavily on hydropower but has been facing increased power shortages, caused by drought. In March 2020, Zambia’s electricity deficit had reached 810MW.

The company operates a 300MW ‘modern, eco-friendly coal-fired power plant’ – the only one of its kind in Zambia – with the capacity to supply 10% of the country’s current installed electricity generation capacity. 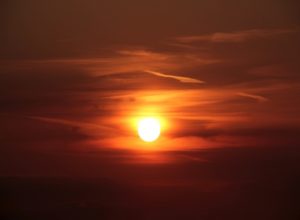 Solar energy – ‘The fuel of the future’