Winds of change seen across ECOWAS and North Africa 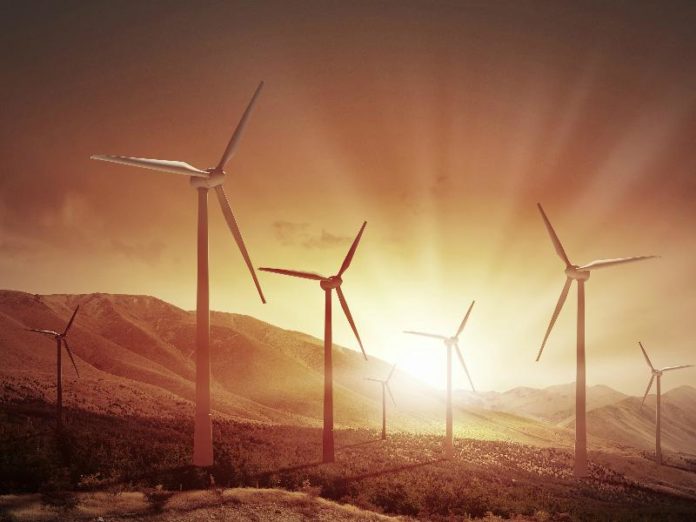 Across West and North Africa, hydropower has been the longest-standing and largest green energy source used in the region’s electricity supply industry; and this is gradually being caught up by solar power. Wind energy has yet to blow the market away though and projects underway hope to set a precedent for further opportunities.

There are indeed signs that this is happening, in West Africa particularly. Following the news of Lake Turkana’s inauguration, it was also announced that Senegal had started importing turbines for its first large-scale wind farm. The biggest such project in West Africa was formally introduced in December 2018 – it will be ECOWAS’ first utility-scale wind project, and will ultimately supply nearly a sixth of the country’s power.

Privately-owned British renewable power company Lekela expects the 46 turbine-strong wind farm, located in Taiba Ndiaye, about 100km from Dakar, to reach 158.7MW by 2020; amounting to more than 450,000MWh of energy annually, and boosting Senegal’s generation capacity by approximately 15% overall. The 200 billion CFA franc ($342 million) farm will be roughly half financed by Lekela, and the other half split between US-based OPIC and Danish export credit company EKF. The former is keen to oversee a cleaner energy future for West Africa; also incorporating adjacent initiatives in the realm of solar, as well as more CSR-based programmes such as talent development and community enrichment.

ECOWAS’ wind-assisted push towards green energy goals has been epitomised in recent years by the work of IRENA and its West Africa Clean Energy Corridor (WACEC) initiative.

“Building on existing efforts in the region, including those of UEMOA, AfDB and other development partners such as GIZ and USAID, the WACEC will promote the development and integration of utility-scale renewable power in West African power systems,” the Agency explains on its website. “Endorsed by the ECOWAS Energy Ministerial in December 2016 and building on the experience of the ACEC, the WACEC’s implementation plan is built on five key foundations.”

These include zoning and resource assessment, long-term energy planning support, investment framework enablement, capacity building and awareness raising; culminating in a clear and streamlined route to clean energy goals and indeed the likelihood of more projects akin to Senegal’s ground-breaking windfarm in the years to come.

Meanwhile to the north of the continent, similarly, high expectations are in place to match progress being seen to the south and east. In theory, expectation should have even more chance of becoming a reality than in the proactive nations of West Africa, as a tradition of energy innovation is already embedded in countries like Egypt and Morocco. However, the notion of trajectory is not entirely in North Africa’s favour at present. While countries like Senegal look to launch from a less developed starting point, neighbours to the north are facing a bit more of a geopolitical battle to reignite their own project evolution.

It’s an issue that isn’t helped by wind’s overall infancy on the continent. While solar has proved a natural successor to hydropower, the wind industry is still quite small and concentrated. However, as epitomised by Kenya and Senegal (as well as leader of the pack, South Africa), substantial progress is now being seen. Statistics in 2016 concluded that South Africa boasted more than 1.5GW of operational wind energy capacity, followed in fact by both Morocco and Egypt in second and third place respectively. A promising figure on the face of it, but that has had an asterisk next to it in recent years as the two countries continued to recover from the Arab Spring that affected local industry and investment opportunity so dramatically.

“An interesting fact is that Egypt was at the forefront of the industry back in the 1980s and the first sizeable project it built was a four-turbine wind farm with a capacity of 400kW,” an ESI Africa article reported in Issue 1 2018.

It’s a tradition that the country would dearly like to maintain, especially given the positive focus now being placed on wind initiatives. At face value, the country enjoys positive wind regulation and incentives, especially in the Suez Gulf, which is particularly favourable for such generation.

The nation still harbours hopes of being the main renewable energy hub in North Africa, with much of the requisite skills, infrastructure, industry acumen and history already entrenched. This now needs to translate into tangible projects and initiatives though; and the country has subsequently set a national target of adding 4.3GW of renewable energy to its national production capacity by 2022. Wind energy is set to amount to almost half of this goal.

In Morocco, a similar drive to restore former glories and market leadership on the continent also exists. “Through the Moroccan wind energy programme, managed by a public body, the government has established a target of 2GW of installed wind power by 2020 for an investment of $3.5 billion,” Renewable Energy Focus reported to this end.

Official results of this initiative next year will better indicate whether North Africa has been able to reinject pace and enthusiasm into its wind potential. Still outpacing West Africa due to pre-existing infrastructure, the region will want to showcase the same kind of exciting projects and progression that is being seen in ECOWAS if it’s to drum up sustainable investment support in the future.

Policy, technical, political and economic challenges all conspire to stem this prospective excitement but with renewed governmental backing, investor interest and confidence is at least being fuelled in part. The result could be a continent that is running into the wind from all directions. The South as a traditionally prominent player still thriving; the North putting themselves back in competition with South Africa’s recent dominance; and the East and West accelerating faster than them all as they fast-track to the most advanced solutions and most encouraging of projects. ESI

Join the Africa Energy Forum (aef) on 30 June to 3 July 2020 in Barcelona, Spain. With ambitious renewable energy targets and a long history of successful solar power development, Spain is a fascinating case study and a great choice for the next aef city.