What next for US climate and energy policies? 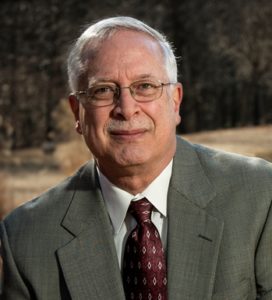 On the global stage, despite Herculean efforts by the Intergovernmental Panel on Climate Change (IPCC) and activist groups to redefine ‘climate change’ and conjure up scary hobgoblins, the obsession over global warming, ‘green’ energy and the Paris climate treaty has hit the rocky shoals of reality.

What does it all mean for the US energy and climate policy after the US Mid-term elections?

This brief analysis might assist a divided congress, governors and state legislators, and often confused or misled electorate, and people around the world … in making better, more informed decisions on climate and energy pathways forward.

A Colorado initiative would have made nearly the entire state off limits to drilling and fracking. A Washington measure would have imposed a heavy tax on carbon-based fuels and carbon dioxide emissions. An Arizona amendment would have required that half of all electricity be generated by 2050 via ‘renewable energy’ (but not new nuclear or hydroelectric), ‘regardless of the cost’ to consumers.

Anti-oil-and-mining initiatives in Alaska and Montana also got massacred. Nevadans approved a ‘50% renewable energy by 2030 bill’, but it must be reapproved in 2020 before it can take effect.

Voters also threw half of the Republican members of the House ‘Climate Solutions Caucus’ out of office.

Some Democrat governors and legislatures have hinted that they may follow California’s example – and simply impose the wind, solar and carbon tax laws that recalcitrant citizens just rejected, regardless of what that would do to energy prices, jobs and low income families. That won’t go over well.

Perhaps voters understand what more ideologically motivated legislators, regulators and activists may not:

Climate and renewable energy concerns lag way behind economic, employment, healthcare, and a host of other worries. Fossil fuels are still 80% of our energy. Real-world evidence for ‘manmade climate chaos’ is sorely lacking. And despite repeated assurances to the contrary, few countries are doing anything to reduce their oil, gas or coal use, or their greenhouse gas emissions.

Voters certainly know functioning economies, factories, hospitals, offices, internets and families must have affordable energy when it is needed – not energy when it’s available, at prices that kill budgets and jobs.

According to a report profiled by European media platform Euractiv, of the 197 nations that so excitedly signed onto the 2015 Paris climate treaty, ‘only 16 have defined national climate action plans ambitious enough to meet their pledges.’ Even that is a stretch. Canada is still a fossil fuel superpower, and Ontario’s new premier has pledged to scrap its Green Energy Act and wind and solar projects – while Japan is building a dozen new coal-fired power plants and reactivating its nuclear facilities.

That leaves 14 ‘economic powerhouses’ with sufficient national climate action plans: Algeria, Costa Rica, Ethiopia, Guatemala, Indonesia, Macedonia, Malaysia, Montenegro, Norway, Papua New Guinea, Peru, Samoa, Singapore and Tonga. Whether any of them is actually doing anything is questionable. And all signed onto Paris COP 21 accord because they didn’t have to reduce fossil fuel use and they wanted to share in trillions of dollars of ‘climate adaptation and reparation’ money that industrialised wealthy nations simply won’t pay.

Moreover, in Asia at-large, some 2,000 gigawatts of coal-fired power plants are already operating or under construction – and many of them burn fuel very inefficiently and emit prodigious amounts of CO2.

Australia and Japan have both rejected IPCC demands that they phase out all coal use by 2050. The UK has begun extracting shale gas. Germany is bulldozing ancient towns and forests to mine lignite for its new coal-fired power plants because its massive solar and wind initiative is failing. Poland is burning more coal and preparing to import US shale gas.

President Donald Trump exited COP 21 – and new Brazilian President Jair Bolsonaro has promised to do likewise. The US is now the world’s biggest oil producer and a major oil exporter. In fact, oil production keeps climbing in the Permian, Eagle Ford, Bakken and other US shale oil areas.

Experts say total US oil production will reach 15 million barrels per day by 2025 at $55 per barrel, 18 MBPD at $65 and 20 MBPD at $75. America’s natural gas production is also soaring. All that will create or sustain tens of thousands of jobs and tens of billions of dollars in state and federal revenue.

Meanwhile, Arctic and Antarctic land and sea ice are back to or above normal, while seas are rising at a barely perceptible 15 cm per century. Tuvalu and other Pacific island nations claim they will soon be covered by rising seas – that have risen over 100 metres since the last Pleistocene glaciers melted … without inundating any of them, because corals grow as seas rise to nourish them.

The Maldives cleverly held a cabinet meeting underwater in 2009, to underscore their supposed plight. But any seawater flooding is likely due to islands sinking under the weight of their high rise buildings.

These and other real-world facts help explain why the entire Paris COP 21 house of cards could soon collapse. Which brings us back to IPCC chicanery and claims that wind and solar can replace fossil fuels and nuclear power.

For the past 20+ years, there has been no warming trend except during El Nino events, which have nothing to do with climate. Remove them from the picture and the warming trend is a minimal, undetectable, meaningless 0.02 degrees C per decade – far less than the margin of error.

So now the IPCC is shrewdly and secretively redefining ‘global warming’ and ‘climate change’ to mean the combination of observed (but often ‘homogenised’ and manipulated) temperature data from the most recent 15 years – plus assumed, conjectural, computer-modeled temperature projections for the next 15!

And on that fraudulent 30-year basis, humanity is supposed to prevent Climate Armageddon by replacing all fossil fuel use with supposedly ‘clean, green, renewable’ energy by 2050. It cannot happen.

Just meeting America’s current electricity demand would require ‘covering a territory twice the size of California with wind turbines.’ That’s partly because placing turbines too closely together causes upwind turbines to rob wind speed from their downwind brethren. That means average energy generation per turbine operating area is up to 100 times lower than what prominent energy experts, wind energy companies and promoters have been claiming.

Even more land must be covered by backup battery complexes, ultra-long transmission lines to distant cities, and widespread land disturbance. None of this is ‘free’ or ‘green.’

In the process, wind turbines also wipe out buzzards, raptors and bats. A new study of wind farms in India found that some 75% of raptors are exterminated in areas around turbines. That of course has numerous ‘ripple effects’ all through the local food chains.

Why should any US business, hospital, school or family be shackled by the expensive, unreliable, job-killing, environmentally destructive ‘renewable’ energy that these mandates would impose – for no climate benefits, even if humans have somehow replaced the natural forces that have always driven climate change?

Paul Driessen is policy advisor for the Committee For A Constructive Tomorrow based in Washington DC. He has degrees in geology, ecology and environmental law.