Toshiba ESS will be in charge of supplying the steam turbine and the generator. This project will proceed under the Grant Aid scheme of the Japan International Cooperation Agency (JICA).

The small-scale geothermal wellhead power generation system that has been developed by Toshiba ESS generates power from geothermal resources with outputs ranging from 1MW to 20MW.

Capable of being installed within a short period for early operation, it is a portable power generation system that can effectively utilise a small number of drilled wells.

Ethiopia is Africa’s second-most populous nation with a population of over 100 million. Although the country is growing economically, its electrification rate stands at 30% and the country, therefore, faces the need to increase its power facilities. Ethiopia possesses an equivalent of roughly 10,000MW of geothermal potential resources and where plans are in place to develop new geothermal power plants totalling a capacity of roughly 2,500MW by the year 2030.

Toyoaki Fujita, Business Development Executive at Toshiba ESS, said: “We are extremely proud to receive this facilities order, which is our first in Ethiopia for power plant. We have signed a memorandum of understanding on a comprehensive partnership in geothermal power with EEP in September 2014. Based on this MOU, we have been supporting them on human resources development activities such as training some of their executives and managers at our company utilising various Japanese government support programmes.

He added: “When the Prime Minister of Ethiopia came to Japan in August 2019, he visited our Keihin Product Operations to see our manufacturing technology of geothermal power. Going forward we will maintain ongoing initiatives in human resources development and contribute to the development of geothermal power generation in Ethiopia.”

The Ethio-Japan Busines and Investment Forum (August 2019) was hosted by the Minister of Water, Irrigation and Energy of the Federal Democratic of Ethiopia. 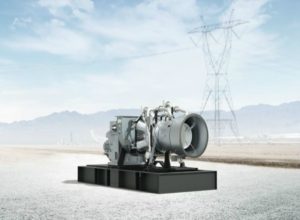