Japanese multinational conglomerate, Toshiba has pledged to support the government of Malawi in the development of geothermal energy.

The group’s president, Satoshi Tsukanawa, made the pledge when he held a side meeting with a Malawi Government delegation at the recent TICAD7 in Japan.

Toshiba and representatives of Malawai met on the sidelines of TICAD7 following the signed 2018 Memorandum of Understanding that entailed Toshiba to strengthen “the development of energy sector in Malawi by building the capacity of the country’s human resource in the sector”.

“Toshiba is increasing its focus on Africa, including Malawi and we are going to support in the area of geothermal and hydropower systems,” said Tsukanawa.

“So we would like to continue to have multilateral discussions on this on a win-win relationship basis,” he added.

The support will be for “one young, talented and qualified Malawian in the said field up to Masters or Doctorate level would help in achieving sustainable development in the energy sector in Malawi,” said Tsuakanawa.

He added that the identification of the candidate would be done in a couple of weeks to come through a transparent process between the Government and the Japanese International Corporation Agency (JICA) in Malawi.

Once identified, the candidate would be fully sponsored by Toshiba to study in the said area in one of the Japanese universities for a year to attain the required level of mastery to develop the energy sector in Malawi with the support of Toshiba. 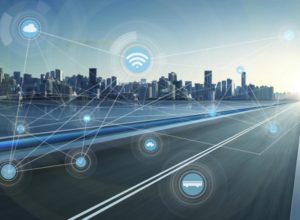 Smart cities to generate $100bn in revenue for utilities by 2027