The Rift Valley in East Africa is recorded to have about 15,000MW of potential geothermal capacity. With Kenya at the leading edge – set to increase generation from 672MW to 5,000MW by 2030 – neighbouring Djibouti, Ethiopia and Tanzania have indicated ambitions to extend their geothermal energy profiles.

The challenge, however, is centred on the lack of experienced geothermal operators and available training in Africa, which makes this development somewhat risky.

This article first appeared in ESI-Africa Edition 3, 2018. It will be published online 5 September 2018.

You can read the full digital magazine here or subscribe here to receive a print copy.

The Big Question we asked the experts is: What are the unique skills and training needed for geothermal development and operation and how can this be achieved for Africa’s unique operations?

To develop this resource, which lies within the Rift Valley, a highly skilled and specialised workforce of majorly scientists and engineers is required across the region. A skills audit and gap analysis carried out in August 2015 identified the gaps for manpower development – skills that will be required in the next 10 to 15 years. The focus was on 13 countries of the East African Rift System (EARS) that include Burundi, Comoros, Democratic Republic of Congo (DRC), Djibouti, Eritrea, Ethiopia, Kenya, Malawi, Mozambique, Rwanda, Tanzania, Uganda, and Zambia.

A perfect example is the Africa Geothermal Center of Excellence (AGCE), which seeks to build and strengthen institutional and infrastructural capacities and create a critical mass of geothermal scientists and engineers in the 13 ARGeo countries. It is a collaboration of the UN Environment, Geothermal Development Company (GDC Kenya) and KenGen. As a matter of fact, the inaugural training, An Introduction to Geothermal Science and Technology, is ongoing in Kenya, under AGCE.

The AGCE has developed a curriculum evaluated by a Technical Advisory Team consisting of five levels of training, which are proposed as follows:

Employment in the geothermal sector is both growing and changing. The Knowledge Centre for Renewable Energy Jobs carried out a survey between September 2015 and February 2016 on the existing skills in the market and on the needs of employers.

The study concluded that the volatile nature of the geothermal business makes it difficult for companies to plan and predict the competencies they will require. In any case, flexibility is a key skill to successfully adapt to the evolving needs of the customers and to the changing environment. Moreover, being able to speak the local language is also crucial to reduce the existing cultural divide when working in new markets.

Additionally, the survey suggests that, because SMEs have less capacity to train their staff than larger companies, the creation of a platform could be envisaged to pool synergies and funding for common training in areas such as health and safety or O&M.

Geothermal energy direct jobs can be broken down into different types, from geologists and engineers, drillers and workers in equipment factories to project managers. This technology also generates indirect jobs; for example with suppliers of raw materials and induced jobs.

Measuring the actual number of geothermal jobs is a difficult task. According to the REN21 Renewables 2015 Global Status Report (REN 21, 2016), in 2014 about 150,000 people were estimated to be employed in the geothermal power sector worldwide (for an installed capacity of 13GWe).

Between the end of 2014 and the beginning of 2016, the shortage of technical skills improved thanks to the surplus of workforce from oil & gas that could be, to a certain extent, absorbed by the geothermal sector. However, finding the right set of technical and soft as well as language skills remains a major recruitment challenge for companies in the geothermal sector.

The legal and financial framework conditions will have a strong impact on the geothermal sector in upcoming years, and the challenge is to attract more private investment. To that end more efficient communication on the value and potential of the sector should be enhanced.

Furthermore, providing accurate and concrete job intelligence is crucial to bridge the information gap between what is needed from the industry and the competencies new entrants are bringing to the market. Beyond technical skills, the focus should be put on soft and language skills that are specifically relevant to the geothermal sector. ESI

This article first appeared in ESI-Africa Edition 3, 2018. It will be published online 5 September 2018.

You can read the full digital magazine here or subscribe here to receive a print copy. 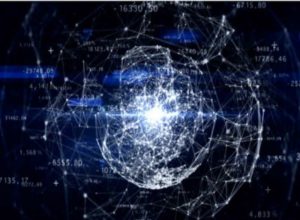 Nokia and Globalstar take connectivity to new heights in Africa