The director-general of Tanzania Electric Supply Company (Tanesco), Dr Tito Mwinuka, has requested for additional funds from the energy ministry to continue with the implementation of the Kinyererzi I gas-to-power project.

Mwinuka stated that only $59 million out of $189 million, needed for the implementation of the rest of the project has been released so far, the Citizen reported.

He disclosed that the project is running behind schedule. Kinyererzi I first came online in 2015 with the plant generating 70MW of the proposed 150MW.

According to media, the Tanesco official made the appeal to the deputy minister of energy and minerals, Dr Medard Kalemani, during a visit to the site.

Kinyererzi I not making progress

Deputy Minister Kalemani visited the site in the wake of concerns on the slow progress of the works amid reports that the funding hitch was the main reason blamed on the stagnation.

The Citizen cited reports that some of the power plant’s equipment is being held at the Dar es Salaam port due to non-payment of import tax.

The ministry is expected to either clear the tax due or seek a government waiver on the machines.

Media quoted him stating that the government has already released Sh110 billion ($49 million) required for the implementation of Kinyerezi II power project, jointly funded by the Japanese.

Last month, the Kinyerezi II power project manager, Steven Manda, said the project should be injecting 30-240MW of electricity to the national grid by December this year.

It is reported that government is contributing 15% of the $432 million total project investment in the gas-powered project. 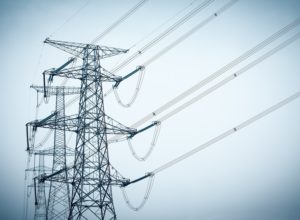