Think of the resources available in Gabon to drive its economic development and what most likely comes to mind is oil, and timber. There is no doubt both have helped the country to become one of Africa’s wealthiest nations, with a GDP per capita of around $7,667 in 2019 as per the World Bank.

To achieve our strategic development objectives and honour our commitments to international climate agreements, we need abundant and sustainable energy, and to do that we cannot continue to rely on extracting fossil fuels. We need renewables.

In a country 90% covered by forest and by thousands of waterways which receive significant rainfall nine months of the year, that means hydropower. Already, hydropower provides more than half (51%) of Gabon’s current 2,000GWh of electricity per year, from an installed capacity of 720MW.

Our goal, which will help meet commitments to reduce our greenhouse gas emissions by half by 2025, and eventually to source at least 80% of our energy from renewable sources, is to increase our hydropower generation significantly.

We have plans in the pipeline for new hydroelectric plants to take us above 1,000MW of installed capacity, which conforms to the aims of the Emerging Gabon Strategic Plan. Our objective is not just to satisfy our own energy needs, but also to be able to export to the Central Africa sub-region.

The opportunities are immense, but so are the demands. Gabon’s urban population is growing at 3.3% annually, and we have committed to increasing the energy access for rural populations, whose current 38% electrification rate is meagre compared to urban areas, which have a rate of above 80%.

Deploying a national-level planning process for the power sector, Gabon can demonstrate that it is ready to test innovative approaches to key challenges.

Rural electrification is no easy task. Challenges include a sparse and scattered population, hilly terrain with a dense primary forest that complicates travel, and the absence of an operator to manage decentralised units.

Nonetheless, World Bank studies indicate that by 2040, Gabon will require an installed capacity of at least 1,250MW. However, closer to 1,850MW will be needed to power industrialisation where new processing enterprises will transform Gabon’s natural riches such as timber, manganese, and iron, which are currently exported as raw materials.

This local transformation and creation of added value through cheaper energy will create more jobs and promote the economic and social development of the country.

Already, several projects are at an advanced stage in PPP-type funding mode with leading financial players including the International Finance Corporation, the African Development Bank, the Development Bank of Southern Africa, and private enterprises.

The Gabonese Fund for Strategic Investments (FGIS) and Eranove are backing two hydroelectric development projects and associated transmission lines: at Ngoulmendjim, for 85MW (550GWh) per year, and Dibwangui, for 15MW (90GWh) per year. A third, at Kinguélé-Aval, for 35MW (204GWh) per year, is backed by FGIS and Meridiam.

Two further major sites are at earlier stages. The African Development Bank is financing, on behalf of the Economic Community of Central African States (ECCAS), the detailed preliminary studies of the hydroelectric development projects of Booué on the Ogooué river (412MW / 2,950GWh per year) and Tsengué-Lélédi on the Ivindo river (300MW / 1,286GWh per year), as well as the associated energy evacuation lines.

Such a swift and large-scale expansion brings to mind the sorts of massive infrastructure projects that have a poor reputation in terms of their impact on their environments.

1,850MW will be needed to power industrialisation where new processing enterprises will transform Gabon’s natural riches.

Some years ago, we discussed building a major dam on a river in the north-east of Gabon to help power iron ore extraction there. Environmental organisations highlighted the damage the dam would cause, and despite investors already being involved, we decided to cancel the plan. Now we seek a different way to approach projects.

Gabon has committed to making meaningful contributions to the Paris Climate Agreement, and thus the United Nations Sustainable Development Goals (SDGs). It is also a signatory of the Convention on Biological Diversity (CBD) among other global agreements.

We aim to reduce our greenhouse gas emissions by half by 2025, measured against 2015 levels, provide universal access to affordable and clean energy by 2030, and ensure the conservation and sustainable use of terrestrial and inland freshwater ecosystems and their services.

Our vision is to expand and modernise our power sector to fit with these pledges.

The current National Electrification Master Plan, developed in 1999 and updated in 2010 and 2017, was based on a traditional ‘least-cost’ power generation and transmission analysis. It assesses individual projects one by one and independently of each other. A separate energy production, transport, and distribution plan is currently under review.

The Master Plan presents a series of scenarios to expand and modernise energy production to reach 8,800GWh per year in the next 30 years. These include satisfying demand within the four existing separate grids – either with a mix of new thermal and hydropower facilities or with new hydropower projects only – as well as creating a single national integrated grid.

But it does not consider costs associated with environmental and social impacts of individual projects, or the accumulated impacts and benefits of a combination of projects. Those requirements were introduced with new laws on sustainable development and ecological protection, which means project sponsors now pay particular attention to the environmental and social aspects of new projects’ location and design.

This also means that, to meet its growing energy demands while honouring its sustainability and environmental commitments, Gabon must approach energy planning through a different process. It needs one that considers many objectives and looks at all the plants that might be sited in a whole river basin – what’s called ‘the system scale’ – rather than the traditional least-cost, project-by-project, ‘business-as-usual’ approach.

This approach requires identifying additional options to generate energy, including fewer traditional planning variables, and involving stakeholders from multiple sectors early on. This strategy allows their needs and interests to be considered and infrastructure development to be optimised for a lower-carbon, lower-impact, and lower-conflict future.

A recent pilot for the river basins that supply the Libreville power grid [demonstrates] how a sciencebased, participatory approach can direct decision-making.

The Gabonese State has signed a partnership agreement with The Nature Conservancy, an international conservation organisation operating in Gabon, to provide support on questions relating to the environmental impacts of new energy projects. The Nature Conservancy has developed expertise in collaborating with governments and industries around the world to optimise the siting and design of energy infrastructure using data on social, economic and ecological trade-offs.

Using scientific research, the organisation works to advise on how to accommodate future energy needs by planning on a national, regional or landscape scale, rather than taking a project-by-project approach. It aims to accelerate the urgent need to deploy renewable energy to address climate change, while minimising impacts on land and water resources and thereby safeguarding ecosystem services and biodiversity.

The Nature Conservancy’s Hydropower by Design approach includes a ‘Multicriteria Planning for Hydropower’ tool that helps to select the optimal combination of projects in a basin that maximises the economic benefits of electricity production while accounting for technical, economic, social, and environmental criteria.

A recent pilot for the river basins that supply the Libreville power grid used the tool, which proved very helpful. It demonstrates how a science-based, participatory approach can direct decision-making. We now plan to use the tool and method on a national scale, facilitating early screening for new projects, and avoiding costly investment into projects that eventually fail to deliver the best outcomes across economic sectors. Reducing potential delays and cost overruns from unanticipated impact or conflicts is a significant benefit that this integrated, comprehensive approach brings.

As a would-be emerging nation looking at diversifying and sustainably growing its economy, Gabon faces the challenge of simultaneously meeting increasing energy demand to improve socioeconomic conditions and protecting biodiversity and resilient ecosystem services into the future. Deploying a national-level planning process for the power sector, Gabon can demonstrate that it is ready to test innovative approaches to key challenges and to continue leading the way for smart development that provides for people, economies and nature.

If all of these approaches are underpinned by science that guides our decisions so that our planned expansion of energy production takes place in ways that expand our economy while doing the least damage to our ecologies, the benefits are multiple.

We expand our energy sector. Our citizens grow their businesses. Our environment is protected so it can continue to provide the natural resources to drive growth. And our funding partners earn their rewards, investing in projects that deliver clean profit. ESI 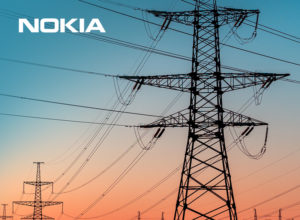 Webinar recording: Selecting a replacement for SDH grid communications with a...