Last week, Sudan’s Minister of Electricity and Water Resources, Mutaz Musa, said that the east African country is preparing to construct a power transmission line, which will have the capacity to transmit 3,000MW, from the Grand Ethiopian Renaissance Dam (GERD) to link Ethiopia and Sudan electricity networks, the Sudan Tribune reported.

Sudan to ramp up transmission line

Musa added that the country will increase the amount of power it currently imports from Ethiopia, from 200MW to 300MW come summer.

“The cooperation with Ethiopia is a model for regional integration in East Africa,” said Mutaz.

According to the Sudan Tribune: “Sudan suffers power shortage especially in summer season as of late April to the end of July. During this period every year there is power cut for nearly eight hour on daily basis.

“There are two main power generation equipment companies, which are not dealing with Sudan due the economic sanctions imposed on the country, according to Sudanese officials.”

Mutaz said in a statement that Sudan, Ethiopia and Egypt are committed to cooperate on GERD, adding that they have all officially agreed to continue negotiations on the GERD.

“We are not concerned by what is reported in the media on GERD,” stressed Musa.

Media reported that Ethiopia’s Minister of Water, Irrigation and Energy, Motuma Mekasa, said that Sudan’s strong position from the GERD is driven by the desire to achieve the mutual interest of Nile Basin countries.

“Mekasa noted during meeting his Sudanese counterpart that GERD is 54% complete and pledged to accelerate construction process to complete the project within the set timeframe,” the Sudan Tribune reported. 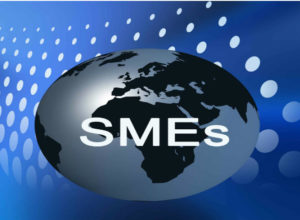