The South African government, recognising that reviving the economy and placing it on an upward trajectory is critical, met with stakeholders to discuss the various factors needing resolution.

Security of energy supply being topmost, Eskom struggling under a debt-burden of ZAR450 billion (approximately $29.9 billion), is seen as the biggest threat to the country’s economy.

Government has thus put a deadline of October to finalise plans to rescue the state-owned power utility and fill the position of CEO at the company.

Appointment of a new CEO is scheduled to be announced on 31 October and, according to the minister of public enterprises, Pravin Gordhan, the rescue plan will be announced sometime during October.

The Ministries of Mineral Resources and Energy, Public Enterprises, and Trade Industry have last week met with coal producers and various representatives of the Independent Power Producers sector, respectively.

The meetings form part of the government’s ongoing engagements with stakeholders to discuss the state of the economy and the role of electricity in contributing to economic growth in key sectors such as mining, manufacturing and energy.

Government welcomed inputs and commitments made by the various stakeholders in these discussions.

These discussions considered security and reliability of electricity supply, the sustainability of the sectors, and that of the economy.

The role players have committed to engage further and create working mechanisms to take these discussions forward in a positive and collaborative manner.

Sustained economic growth will go a long way in addressing the challenges faced by key sectors of the economy and the people of South Africa, the department of mineral resources and energy said in a statement. 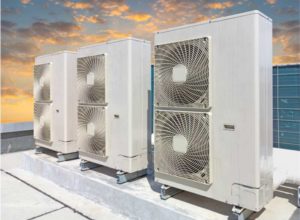