The name change reflects a strategic shift to broaden LPGSA’s mandate to not only promote the safe, compliant use of the LPG association market but to advocate for LPG’s exceptional benefits in comparison to other energies in South Africa.

Safety will remain a core focus of LPGSA’s work and the LPGSA will continue to run training courses and certify installers, manufacturers and distributors of LPG and LPG equipment.

LPG is a portable, clean and efficient energy source, which is readily available to consumers around the world.

It is primarily obtained as a by-product of the oil-refining process. LPG’s unique properties make it a versatile energy source, which can be used in hundreds of different ways.

The LPG industry in South Africa is entering a phase of significant growth, driven by increased supply as a result of new import and storage terminals in Cape Town and Richards Bay and increased demand as a result of an electricity grid under extreme pressure.

South Africa’s first-ever Liquefied National Gas auction is coming up in August, hosted by the country’s first and only onshore petroleum production company.

Last year saw the launch of the country’s first Pay as You Gas Station, which now offers flexible payment access for low-income households to purchase small amounts of gas for domestic consumption.

These stations will be rolling out across the country over the next three years.

The Liquefied Petroleum Gas Association of South Africa was established in 1989 and is based in Johannesburg. The association is a non-profit company that represents companies involved in the installation, distribution, hardware and retailing of LPG and gas appliances. 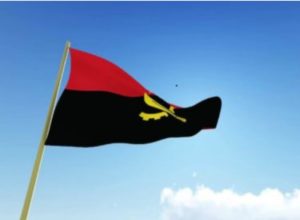