He said the final amendment to Schedule 2 of the Electricity Regulation Act will be published by the Department of Mineral Resources and Energy “within the next 60 days, or even sooner”.

“The amended regulations will exempt generation projects up to 100MW in size, from the NERSA licencing requirement, whether or not they are connected to the grid. This will remove a significant obstacle from investment in embedded generation projects,” Ramaphosa explained in a virtual press announcement.

He also pointed out that businesses who generate their own electricity will be allowed to wheel electricity to the grid, “subject to wheeling charges and connection agreements with Eskom and relevant municipalities”.

Have you read?
More calls for embedded generation to address SA’s energy crises

However, these projects will still need to obtain a grid connection permit that makes sure they are grid compliant. “This ensures we are able to bring online as much new capacity as possible without compromising the integrity and stability or our grid system,” the President explained.

Generation projects will also need to have their registration approved by NERSA to verify they have met specified requirements and to receive authorisation to operate: “This will all be done within a set time frame where projects do not wait for years and years. Municipalities will have discretion to approve grid connection applications on their network based on an assessment on the impact on their grid.

“They will also have to undertake an environmental impact assessment and all other requirements of existing legislation. This will ensure that while we enable as much new generation capacity as possible to come online we also will be ensuring the orderly development of the energy system. That is regulated by NERSA and overseen by the Department of Mineral Resources and Energy (DMRE).”

The President said he expected this reform to “unlock significant investment in new generation capacity in the short and medium-term and it will enable companies to build their own generation facilities to supply their energy needs. This in turns will increase the availability of supply of energy and reduce the burden on Eskom, allowing them to proceed with an intensive maintenance programme and reduce their reliance on expensive gas and diesel turbines.”

Minister of Mineral Resources and Energy, Gwede Mantashe, pointed out they took mining houses into consideration when pushing the threshold up to 100MW since several pointed out in their submissions on the proposed amendments to the Licensing Exemption and Registration Notice they could generate well above 50MW. “When there are mining companies who can do more, why should we exclude mining companies?” asked Mantashe.

As for the issuing of actual permits, Mantashe said “it will take no more than 3 months but we expect it to be faster”.

Responding to the announcement Scatec general manager for sub-Saharan Africa, Jan Fourie, said the amendment would achieve three important things: “One, drive private infrastructure investment and foreign direct investment, which is much needed in South Africa and would lead to job creation. Two, lead to economic growth and recovery as companies can now take ownership of their energy future and have certainly around the cost of supply of electricity and hence OPEX planning which would unlock further investment. And, three, reduce the direct reliance on Eskom and in so doing have meaningful impact in reducing loadshedding.

“To date the single largest stumbling block to private power proliferation has been the licensing constraints. With this now removed, the sector will see rapid and sustained growth,” said Fourie.

Panelists in a session on day three of Enlit Africa digital event reacted to the President’s announcement in the session entitled The realities of incorporating small scale embedded generation into your local distribution network. You can watch the discussion online. 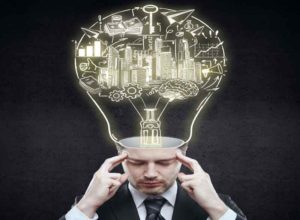